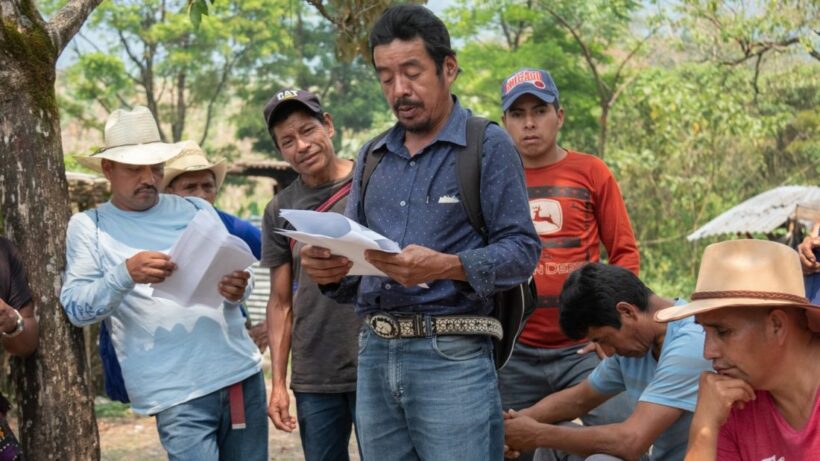 “In July, the group said 30 killings in the Philippines last year made it the deadliest country in the world for land defenders – a first since the group began reporting such deaths in 2012. “

Murders of environmental activists and land defenders in The Philippines continue to rise sharply under President Rodrigo Duterte. The accusations from an international rights watchdog, alleging his speeches and policies have “emboldened” the killers.

Campaigners who challenge powerful logging, mining and fruit growing interests have long faced deadly violence in The Philippines, but the recent increase mark a “disturbing” jump, according to the report from Global Witness.

In July, the group said 30 killings in The Philippines last year made it the deadliest country in the world for land defenders – a first since the group began reporting such deaths in 2012.

Senior Global Witness campaigner Ben Leather says that since President Duterte came to power, there’s been a huge increase in the killings of land and environmental defenders including indigenous activists.

“The president’s aggressive rhetoric against defenders, coupled with the climate of violence and impunity fostered by his drugs war, has only made things worse.”

The report claims the toll was at least 113 since Duterte became president in mid-2016, while no fewer than 65 were killed in the three years before his rule.

Duterte’s presidency has been marked by his internationally condemned anti-drugs campaign that authorities say has resulted in more than 5,500 dealers or users being gunned down by police. Rights groups say the true toll is at least four times as high.

The president also threatens enemies in his frequent, rambling public statements that are peppered with profanity and are part of his popular appeal in The Philippines. During a 2017 press conference, he threatened to bomb tribal community schools, which he accused of pushing students to become communist rebels, according to the Global Witness report.

“The President’s brutal ‘war on drugs’ has fostered a culture of impunity and fear, emboldening the politically and economically powerful to use violence,” the report added. The report cited a series of killings carried out since Duterte won a landslide election victory on his promise to fight crime and corruption.

In 2017, a member of an environmental watchdog group was shot dead while attempting to confiscate illegally cut timber destined for boutique hotels being built amid a tourist boom on Palawan island, known as the country’s last ecological frontier, the report said.

The victim was the 12th member of the group to be killed since 2004, it added.

A community leader in Mindanao was shot dead in a 2016 ambush after speaking out against a mining project run by a company headed by a businessman who was an election campaign donor for Duterte, Global Witness said.

It said it also investigated cases of ranchers growing pineapples and bananas for fruit multinationals on land claimed by tribesmen, one of whom was killed — allegedly by security guards of a Del Monte Philippines contract grower in 2017.

In 2016, security guards of another rancher who grows bananas for Dole Philippines destroyed the houses of tribesmen claiming the land, uprooted their crops and chased them off the property with gunshots, the report said.

Dole and Del Monte dominate the industry in the Philippines, which the UN’s Food and Agriculture Organisation ranked as the world’s second-largest exporter of both bananas and pineapples last year.

Continuing to do business with these ranchers “makes both companies complicit with the violations”, Leather said.

Del Monte Philippines, in a statement, denied the report’s allegations, adding that it “vigorously promotes the welfare of stakeholders across its global supply chain”.

Dole Philippines, controlled by Japan’s Itochu Corp, did not immediately reply to a request for comment.

Boris and Donald meet in New York to discuss Brexit