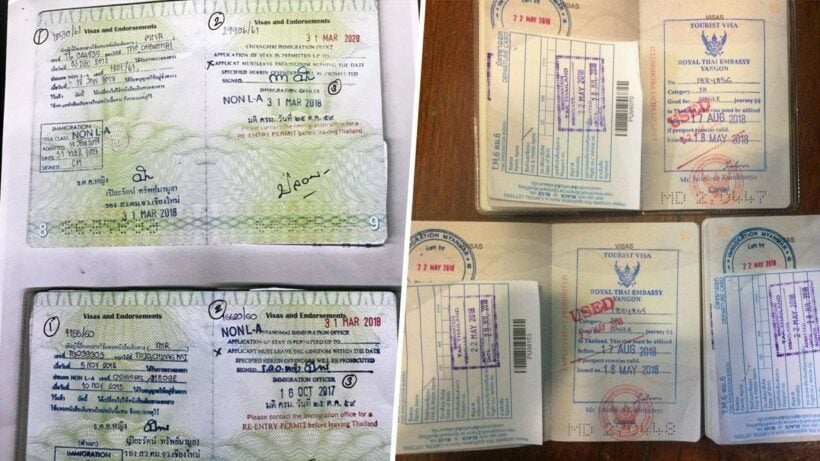 Thai Rath is reporting that a leading immigration spokesman has warned Burmese to double check their visas to ensure that they haven’t been duped with fake visa stamps. The warning comes as more people are being found with the fake stamps in Thailand on a daily basis.

Pol Maj Gen Itthiphon Itthisanronchai, deputy immigration chief and acting as spokesman, told Thai Rath that 97 cases were identified since the start of June up to July 22.

Most were people caught up in the fake visa sting were crossing the border into the Tak province in Thailand’s north west. Ninety percent of the fakes were tourist visas.

Investigations are ongoing into possibly corrupt officials or people connected to the Thai embassy in the Myanmar capital of Yangon. Earlier reports suggest that the 97 cases might just be the tip of the iceberg.

Last week The Thaiger reported that thousands of Burmese could be living in Thailand not knowing that had fake stamps in their passports.

Another case was discovered on Saturday of a person with a fake stamp who had paid 6,000 baht for a “fast track” service. Maj Gen Itthiphon says that people should check their visa stamps as they could face up to 200,000 baht in fines and 10 years in jail.

Laos to work with Korean, Thai and Laos owners during investigation