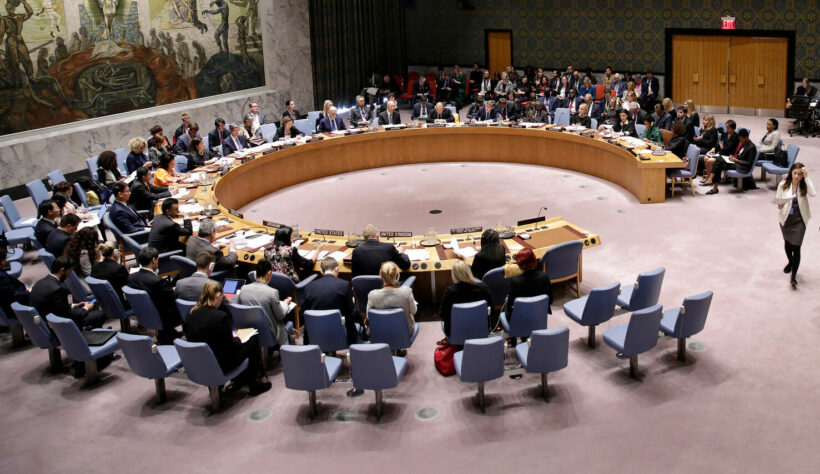 The UN Security Council has issued 4 statements regarding the military coup in Myanmar and the resulting humanitarian crisis, including a new one yesterday. The statements call for an immediate end to violence in Myanmar, but the wording was reportedly heavily watered down in order to achieve approval from Russia and China.

The UK drew up the original Security Council declaration, but it was rejected without modification. The original draft reportedly gave full support for ASEAN to play a pivotal role in the resolution and pushed for an on-the-ground inspection within the Burmese borders. It also reiterated strong condemnation of any violence against peaceful civilian protesters and called on the military to practice restraint and cease violence.

China and Russia responded with their own declaration that was rejected by the majority of the UN security council.

After the ASEAN summit in Indonesia last week, where Southeast Asian leaders agreed to create an envoy to work with the Burmese military and reach a resolution, the follow-up UN Security Council meeting was called by Vietnam.

During the ASEAN summit, the UN Special Envoy to Myanmar Christine Schraner Burgener had a private side meeting with Burmese junta leader General Min Aung Hlaing, and she gave a briefing on that long meeting to the Security Council.

Based in Bangkok, she is currently moving around Southeast Asia but has been unable as yet to get into Myanmar for first-person inspections, with the military denying her entry. Brunei made a proposal that the UN envoy travel together with the as-yet unappointed ASEAN envoy on a mission to Myanmar in the near future.

Meanwhile, the crisis in Myanmar rages on. The Burmese military and the Assistance Association for Political Prisoners offered contradictory figures and perspective on the civilian uprising and military crackdown. The military junta referred to rioters that took part in acts of terrorism and placed the figure at 258 people killed. AAPP calculated a much more widely accepted death toll estimate at 760 dead Burmese civilians, portrayed as mostly peaceful protestors and civilians.