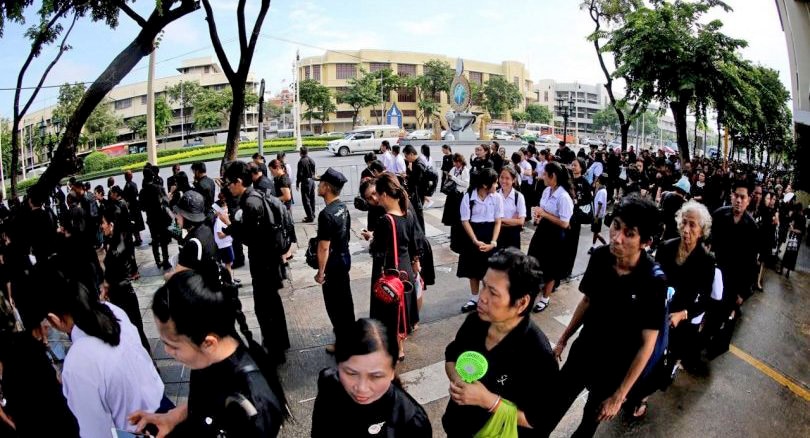 Tens of thousands of mourners are forming long queues today (Thursday) to pay their last respects to His Majesty the late King Bhumibol Adulyadej in the Dusit Maha Prasat Throne Hall of the Grand Palace in Bangkok on the final day for public viewing of the Royal Urn.

The Royal Household Bureau on Thursday reported that 12,628,642 mourners had viewed the Royal Urn in the past 336 days.

The late monarch’s funeral will be held from October 25-29, with the cremation taking place on October 26.

Torpedo found in Phuket believed to be pre-WW2