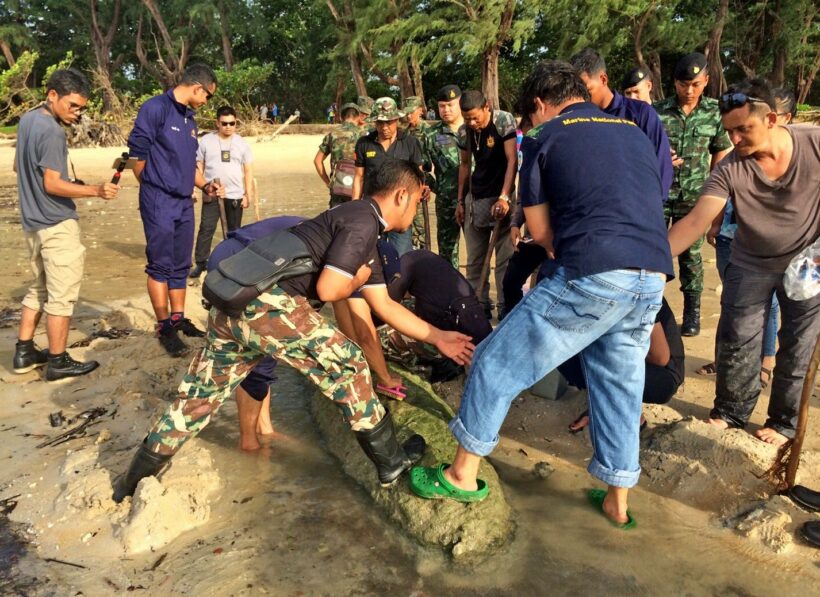 The EOD team from the Royal Thai Army Area 3, Phang Nga base, have confirmed that the item found off Naiyang Beach is an old bomb which they assume has been dumped there before World War II. The team is preparing to move it away before destroying it.

Yesterday afternoon (October 4), the team led by Vice Admiral Thanakrit Jamjit investigated the item that looks like a torpedo about 30 metres off the beach.

The metallic item is 4.5 metres long with a diameter of 150 cm. The team dug the sand around the object to uncover the rest of it and found that there is a small wing at the tip and in the middle of the object there is a button that looks like fuel filling point. Near the button is a loop for a hook.

“We still can’t identify if this is a marine torpedo or an aerial bomb as the object is quite old. However, the overall condition is quite complete. This is not a weapon found in Thai army so we assume that it was here before World War II,” said Vice Admiral Thanakrit.

“No matter what kind of bomb it is, this is still hazardous and we will remove it from the beach and destroy it. We will discuss the best ways to proceed with Sirinath National Park.”

“For now, we have to move it to a safer place. We may destroy it in a deep sea area where it won’t disturb anyone.” 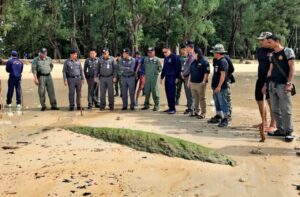 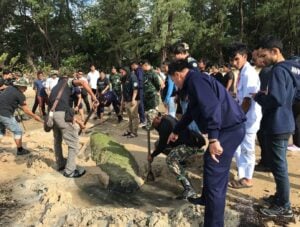 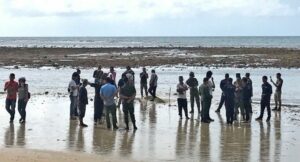 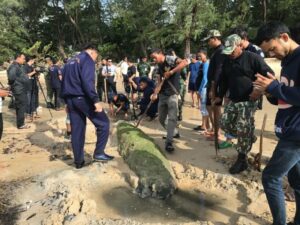 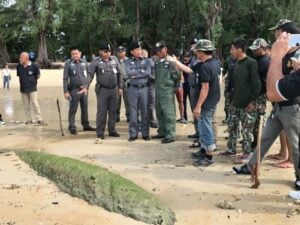