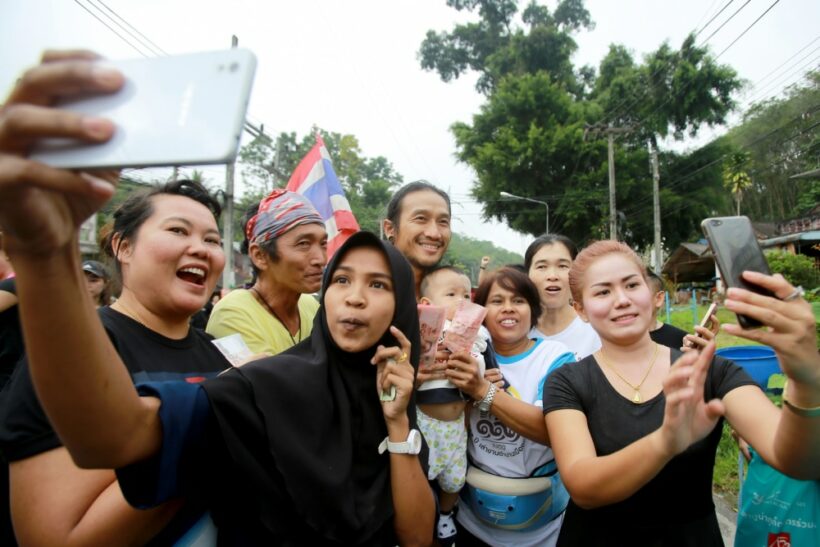 Bodyslam’s ‘Toon’ collects 47 Million Baht in the first day of his national run.
Prime Minister Prayut Chan-o-cha has extended moral support to rock star Artiwara “Toon” Kongmalai, who started a 2,191 kilometre charity run yesterday (Wednesday).
“I’m giving encouragement and blessing for Toon to achieve his goal and to be safe while running throughout the long journey,” government spokesperson Lt-General Sansern Kaewkamnerd quoted the premier as saying. Prayut urged Toon to take care of his own health and eat and rest sufficiently during the “Kao Kon La Kao” (Take One Step Each) run.
Sansern says the premier also instructed officials along the route to accommodate the runners as needed. Prayut thanked Toon and his fellow campaign organisers for their determination to assist the Public Health Ministry and state hospitals, saying citizens in need of care would be the ones who ultimately benefit. “The prime minister praised all activities that benefit society and hopes young people will be inspired by this campaign to do something constructive and show their volunteer spirit,” Sansern said.
On the first leg of the run in Yala, the participants led by Toon – singer for the popular band Bodyslam – covered 55.55 kilometres and collected more than 47 million Baht in donations.
By December 25, they expect to have crossed the entire country, from southernmost point Betong district in Yala to northernmost Mae Sai district in in Chiang Rai. They aim to raise more than 700 million Baht for 11 hospitals in need of better medical equipment. 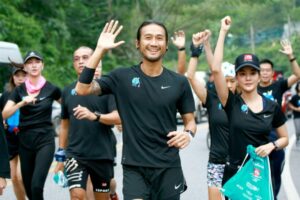 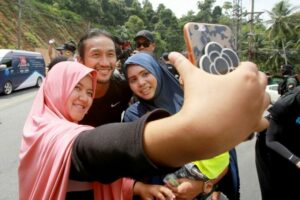