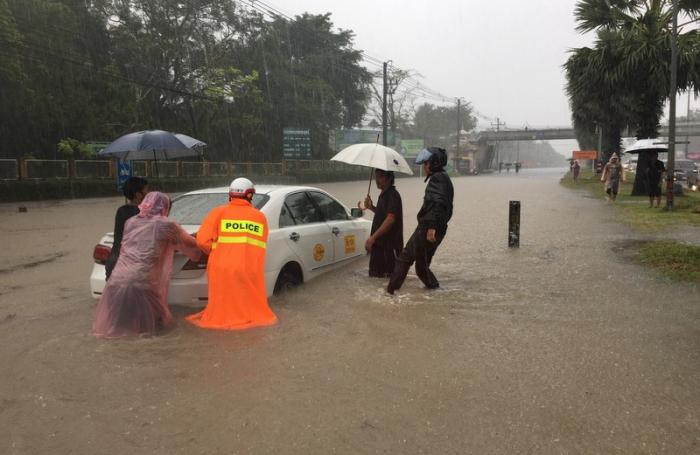 After a flash flood occurred on October 31 following just an hour of rain, Phuket Governor with his team visited the concerned areas and found that the drains were clogged by trash (again!). A budget of 220 million Baht is being set aside as part of the solution.

A team consisting several departments at the Provincial office visited Thepkasattri Road in front of the Super Cheap Mall and Soi Surin 2 – areas that are often flooded.

“After visiting the two spots, we found that the drain pipes were too small and they don’t have any filter for trash, making it easy to get clogged and resulting in localised flooding. Also, Phuket doesn’t have any retention areas to keep the water before flowing into the drains. Many buildings were built on the waterway and these are ongoing and major problems for the island flooding in the same spots every time we get heavy rains,” said the Governor.

“For a short-term solution I have ordered the departments involved to enlarge the size of the pipes and install trash filters. The local authorities of the risky areas also have to monitor and be prepared during the rainy period.”

For a long-term solution, the Governor noted that the 220 million Baht budget is expected to be spent on the flood issue on Thepkasattri Road from Kuan Din Daeng all the way to the area in front of Phuket Rajabhat University by expanding the size of the drains to create a better flow.

He says they are also looking for a location to make the ‘Monkey Cheek Retention Area’ which is a dam to store the excess amount of water and release it when the seawater level drops below the level of the dam. They expect this will need to be in the area of Saphan Hin.

“Please do not throw trash in public areas as we found today trash is the main problem that clogs the drains,” the Governor added. 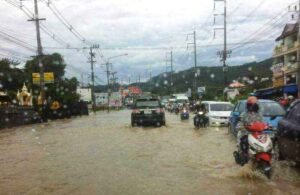