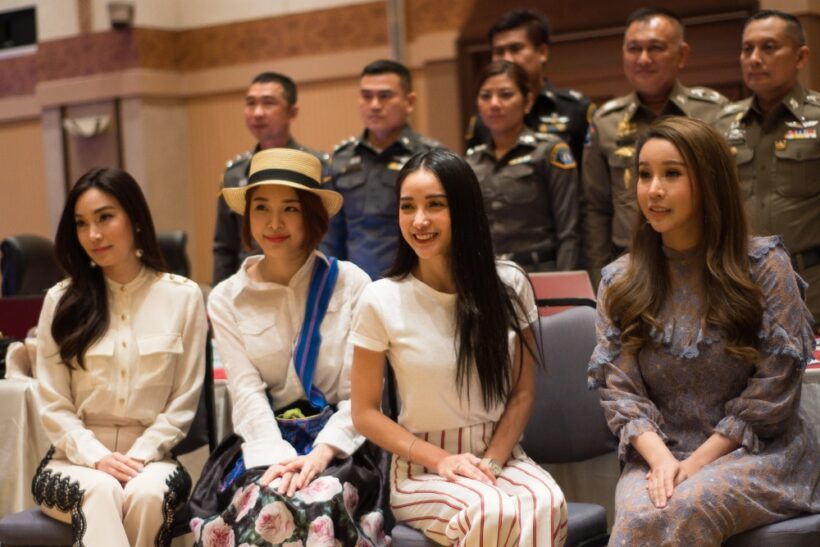 Four Thai actresses have testified “as witnesses” to police about their role in product review advertisements for the Magic Skin cosmetic and food-supplement brand at the centre of allegations of fraudulent and misleading product labelling and marketing, according to national police deputy chief Pol General Weerachai Songmetta.

They were among the nine celebrities summoned to testify to police during May 4-7.

To express their sincerity, they also consented to being shown to a media scrum, said Weerachai. Pitchanart said she felt uneasy about what happened and was willing to co-operate with the police investigation as she believed that the legal system would give her justice.

She said that before reviewing a product, her manager would check the product’s label for a Food and Drug Administration (FDA) hallmark. Pitchanart insisted that she personally tested Magic Skin’s skin-whitening supplement ‘Fern Vitamin’ before giving her endorsement. Pitchanart said that she had no ill intention and considered herself a victim in this case.

“I was astonished to hear the news and I realised I had made a mistake in reviewing a product with no FDA approval,” she added.

Magic Skin products were tested and found to be substandard and lacked advertised ingredients. Authorities claim they were made without proper licences and produced at unregistered factories. Public complaints led authorities to search several factories linked to the firm, while police have apprehended eight people – for whom arrest warrants were issued – including business owner Wannapa Poungson, along with her husband and accountant Korn Poungson.

Police are conducting interviews with product spokespeople to gather evidence before deciding who to target with further charges and what those charges should be.

Those whose actions were deemed violations of the law would then be summoned to hear charges or a court would be asked to issue arrest warrants. Police previously announced that 59 Thai celebrities (including the nine who were told to testify to police on May 4-7) have some kind of involvement with the firm. Weerachai said all 59 celebrities should give testimonies within 45 days. 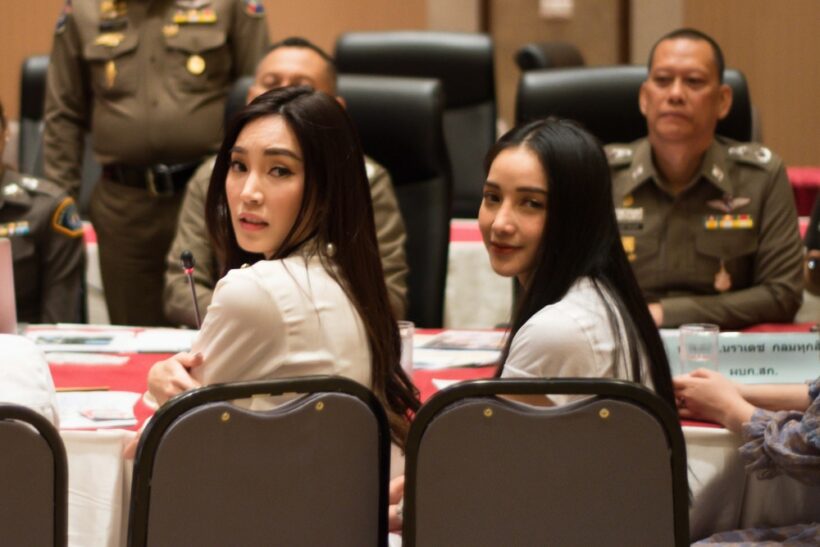