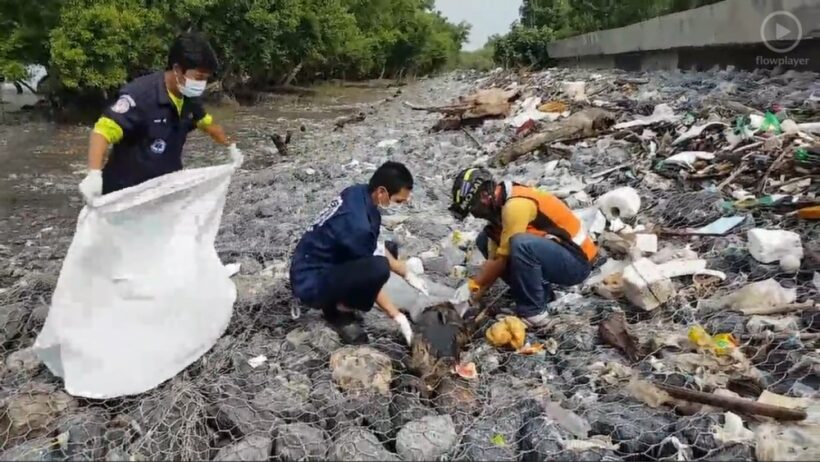 A rotting carcass of a baby dolphin was found on the seashore near a temple in Samut Prakan’s Muang district, south east of Bangkok, this morning (Friday).

Monks living at the Asokaram Temple in Tambon Taiban noticed a stench coming from the direction of the erosion prevention dam at the seaside behind the temple. Laymen sent by the monks to investigate found the 80 centimetre long dead baby dolphin on the rocks.

Its tail was missing. Staff at a local foundation sent the carcass to the dolphin research centre in Samut Sakhon for an autopsy.
Officials believe the dolphin was most likely killed by a boat propeller.