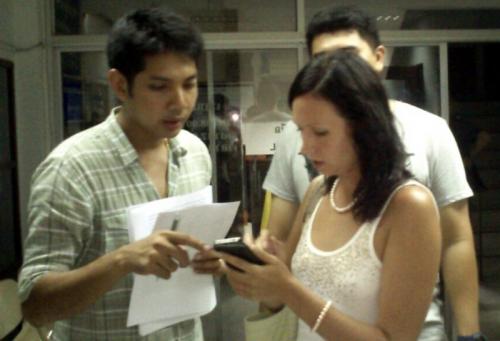 “As we reached the tour counter of the Leon Speedy Travel company on Thaweewong Road [map here], we found Oleg Tikhomirova, 34, discussing tour packages with foreign customers,” he said.

“To confirm that she was working there, our officer pretended to ask her about a tour package. When it was clear that she was a saleswoman, the officer told her who he was and asked to see her passport. She did not have it with her, and said that a friend had it. She also could not produce her work permit,” he added.

“She told us she has been selling tours for a year. We arrested her and handed her over to Kathu Police to prosecute,” he explained.

The penalty for illegally entering the country is a fine of up to 20,000 baht and deportation, Officer Chidchanok said.