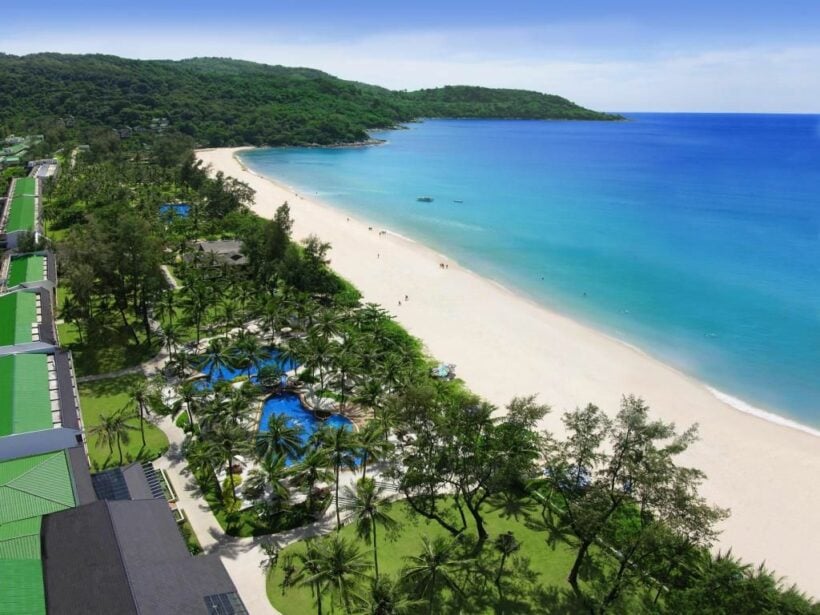 The Katathani Phuket Beach Resort, sprawled along Kata Noi’s small beach on Phuket, is the latest subject of investigation by the Phuket Provincial Land Office. The investigation team has been given 30 days to complete its review by the Phuket Governor.

The latest investigations are the latest in a tit-for-tat battle between the owners of the Katathani Phuket Beach Resort and the Peaks Residences Condominium, perched on the hills above the beach resort.

The latest investigation is reported to be related to the construction of the controversial Peaks Residences Condominium development on the hills overlooking the popular beach resort. Villagers in the area have also filed a complaint to the Phuket Damrongtham Centre and Department of Lands, requesting an official inspection of the Bang Rak Canal, which flows from the Peaks Residences development, down the hill, and through the beachfront resort. Or it used to anyway.

On Friday representatives from the local land office said they were continuing their investigation of The Peaks Residences and the development of a building over a canal near the beachfront.

The official investigation into the resort’s beach land has followed requests from the Karon Municipality.

Although the famous Katathani resort was not directly named, it’s the only resort along the Kata Noi beachfront and is constructed directly over the named Bang Rak canal that runs from the Peaks Residences Condominium. Whereas the rain used to run down the hill, into the canal and to the sea, the egress of the canal is now blocked by the beach hotel.

At this early stage a working group say they’ve already confirmed that the land in question is among nine land deeds owned by the Katathani hotel. The legality of those land deeds is the subject of the investigation. Investigators also reported that the Karon Municipality is compiling a collection of aerial photographs taken by the Royal Thai Survey Department 52 years ago which will be examined along with the current deed map as the Bang Rak canal is not marked on the current deed or is visible on current aerial imaging. They say they are speaking to locals to ascertain the community’s history and the presence of the canal.

The investigation into the Peaks Residences Condominium development follows years of protests led by the Katathani resort owner Sombat Atiset who filed a formal complaint against the project overlooking his resort earlier this year.

Construction at the controversial Peaks Residences was halted once in March this year after Thai PM Prayut Chan-o-cha ordered an investigation into the project.

Since then a Palang Pracharat MP, Sira Jenjaka, has gone public with alleged death threats over his complaints about the Peaks Residences project. Then, two weeks ago, he visited Phuket and filed a list of formal complaints against the development on August 22.