PHOTO: Inspections at the property in March this year – Kritsada Mueanhawong

Bangkok MP Sira Jenjaka has gone ahead and filed a long list of formal complaints over The Peaks Residences Condominium project being built in the hills above Kata Noi in Phuket.

The Palang Pracharat MP has also claimed to have had death threats made against him over his investigations and accusations over the condo’s land titles and ownership in recent weeks.

The MP filed an official complaint with the Department of Special Investigation chief in Bangkok this morning.

The complaint alleges that the Karon Mayor Tawee Thongcham and the municipality “neglected their duties” by issuing permits to Kata Beach Co Ltd, the developer of the The Peaks Residences Condominium.

In February this year the Karon OrBorTor issued a construction permit for the project but in April municipal officials also sent a letter acknowledging the ongoing legal proceedings over the legitimacy of the land title, the NorSor 3 Kor Number 1863.

The complaint alleges that the project is being built on land with a NorSor 3 Kor No. 1863 land title. The complainants allege that the legal land document would have had to have been presented to obtain building permits and construction to proceed. But they claim that, as the NorSor 3 Kor for that land was under consideration by the Administrative Court, a legal building permit could not be issued.

In August 2017, the Regional Administrative Court ruled that the NorSor 3 Kor No. 1863 land title was invalid. Furthermore it determined that the land was “protected forest land”.

The DSI formally received the complaint documents this morning.

Meanwhile, the developer of The Peaks Residences Condominium, Manassanan Nararattanawee, the CEO of Kata Beach Co Ltd, maintains that the project’s paperwork is all “proper’ and that “everything is under the law”.

“Our company has already suspended construction to wait for the judgment of the Supreme Administrative Court.”

Officials from the Internal Security Operations Command inspected the property in March this year as the owners promised to ‘slow down’ construction. Read that story HERE. 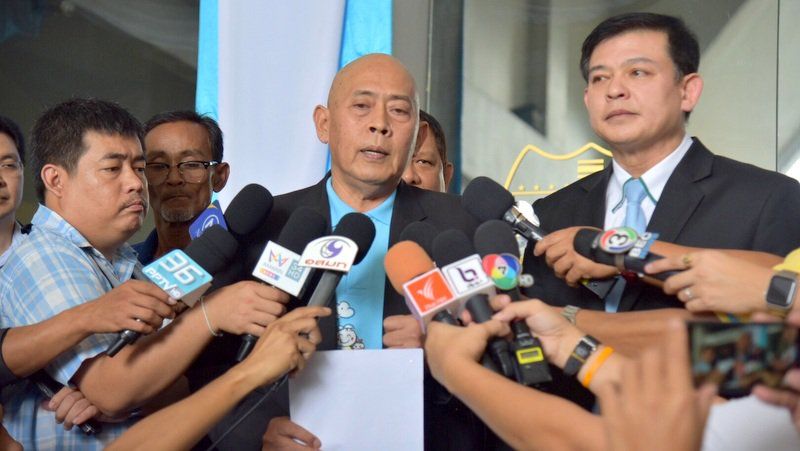