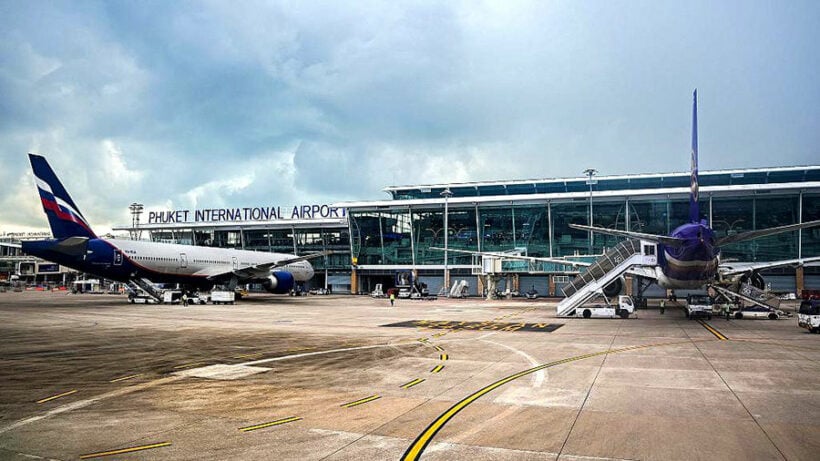 Phuket Airport carried out a trial run yesterday, going over all the steps necessary to admit tourists under the much-discussed, not-yet-happening, off-and-on “Phuket Model”. The plan to use Phuket as a pilot, to test a limited return of international tourists, was set to launch in October but has now been postponed. The brakes were applied when Thailand recorded its first locally-transmitted case of Covid-19 in over 3 months, coupled with some concerns raised by Phuket locals, who questioned the safety of the plan.

There are hopes the plan will eventually be put into effect, with staff and officials at Phuket Airport holding a dress rehearsal yesterday, to run through every step of the process. This includes the screening of arriving tourists, document completion and checks, and transporting arrivals to their designated quarantine accommodation.

A report in Nation Thailand says several airport agencies were involved in the run-through, including Immigration, Customs, and the Tourist Police. Thanee Chuangchoo, the airport’s general manager, says should the government decide to re-open to foreign tourists, Phuket Airport wants to be ready, adding that procedures at the facility will mirror those already in place for repatriating Thais and expats at Bangkok’s Suvarnabhumi Airport .

Meanwhile, the medical director at Phuket Airport says thorough health checks will be in place for all arrivals. Darunee Budin says temperatures will be checked with a Thermo-Scan and, in the event of anyone showing a fever, that passenger will be separated from others and monitored. Should their condition worsen, they will be sent to hospital.

She says all arrivals will have their documents thoroughly checked, including fit-to-fly papers and medical certificates, adding that anyone without all the required documentation will be returned to their country of origin. Those who pass all document checks satisfactorily will then proceed through Immigration and Customs, before finally being transported to their quarantine facility.