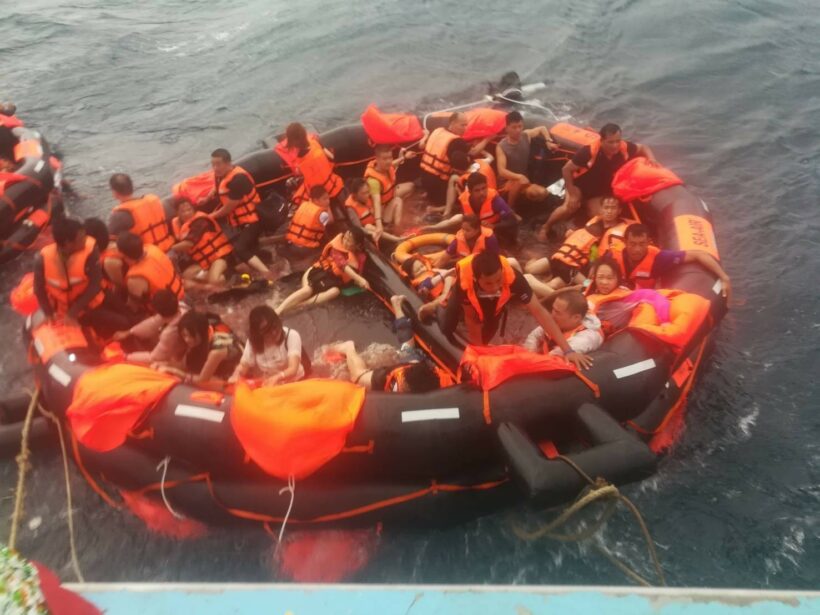 Two tour boats sank off Phuket late this afternoon, forcing about 130 tourists into the sea until fishermen and marine police came to their rescue.

There are currently no reports of casualties but a relief operation centre has been set up at Chalong Bay for the victims. A local fishing boat retrieved passengers from a liferaft following one of the many problems for tour boats off the coast of Phuket late this afternoon.

The first incident reported was a Russian couple on a jet-ski who disappeared at Koh Racha. They have been saved and were heading back to shore.

The second incident was a diving boat carrying about 97 passengers hit by another big wave near Coral Island. 48 were saved and are now back on shore heading to hospital. One passenger had sustained serious injures.

The third incident was a tour boat carrying 39 passengers hit by  rough seas near Koh Maiton. All 39 passengers and two boat crew have been reported safe from that incident.

Ten boats remain stranded on islands off Phuket after the late afternoon and evening storm fronts that rolled in from the west. Phuket’s Governor is keeping the media up to date with the latest reports.

The Governor says the storm took many by surprise and hit quite suddenly and more ferociously than forecast.

Full reports tomorrow and updates on Facebook/The Thaiger as the information comes to hand. We are sourcing information from the Phuket PR Office. 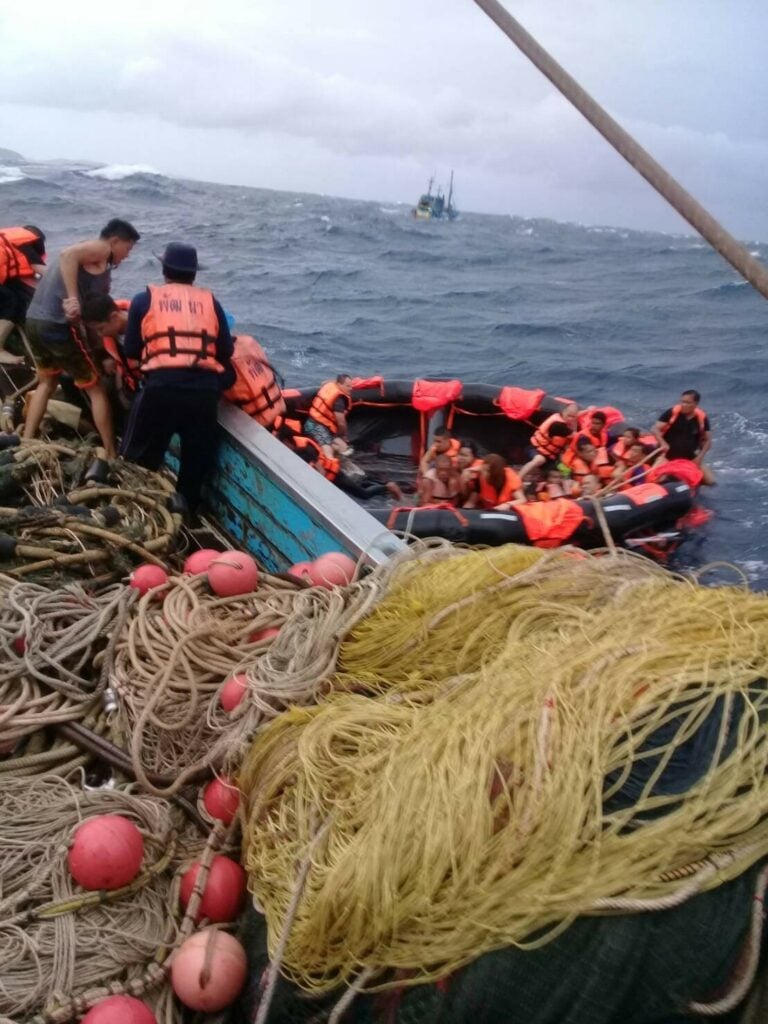 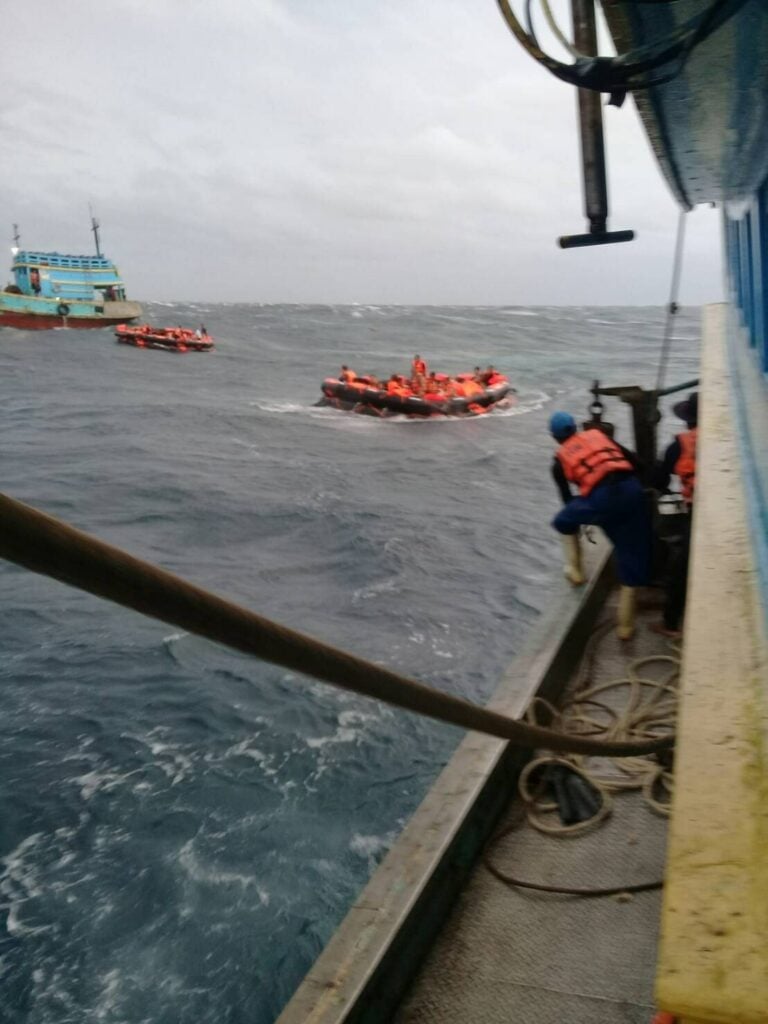 Open letter from His Majesty The King