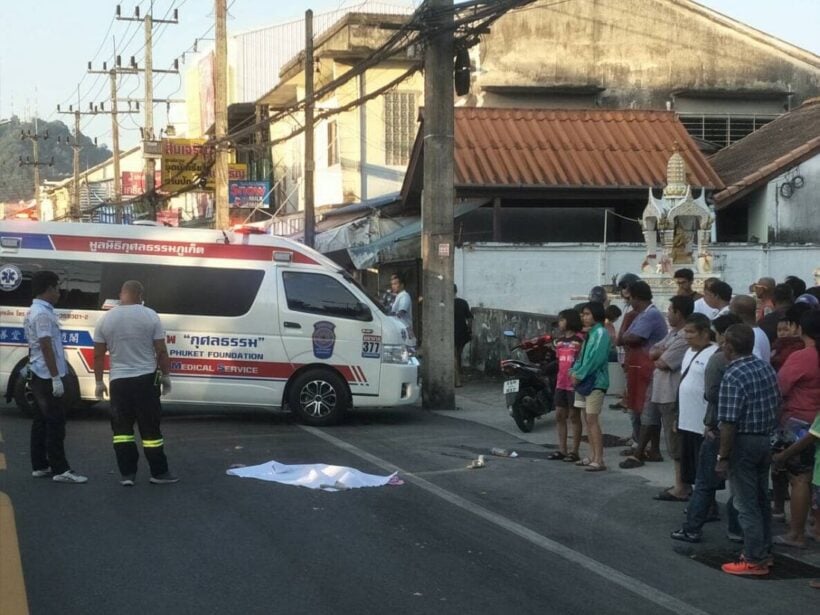 Phuket City Police were notified of the accident on the main Phuket Road in Phuket Town at 5pm.

Police and rescue workers arrived to find the tour bus parked on the side of the road. Nearby they found a motorbike.

Behind the bus they found the body of a four month old baby girl Khaing Thazhin on the road.

Witnesses told police that the bus was traveling in the right lane and a motorbike was behind the bus in the left lane. The bus swerved to avoid another vehicle that was taking a U-turn. The bus collided with the motorbike and the wheel of the bus crushed the baby’s head.

The bus driver had already reported to the Phuket City Police Station before police and emergency responders arrived at the scene. Police are further investigating the incident by checking CCTV footage.