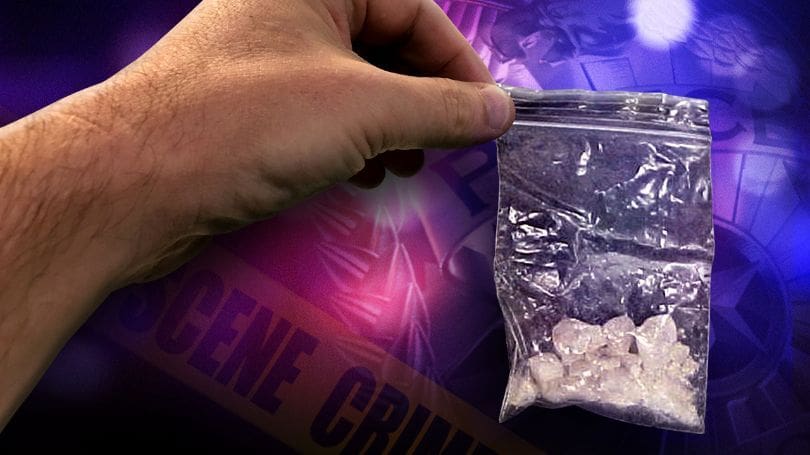 A Burmese man has been arrested last night while allegedly delivering crystal meth to fellow Myanmar citizens on Koh Samui where he has been illegally living for the past 10 years.

Police say 35 year old ‘Chaw’ was arrested while driving to allegedly deliver the drug to his buyers, believed to be other Myanmar nationals working in the popular tourist destination.

District officials and Army troops, who jointly made the arrest, found 50 grams of crystal methamphetamine or “ice” in 24 tiny plastic bags in the car.

The officials then searched a house in Tambon Maret where he lives with his Thai wife and found several car registration books.

Chaw told police he got the drug from a Burmese man who delivered it to him on the island. He added that he lent the drug money to Burmese workers on the Gulf island and they left the car registration books with him as collateral.

Police say Chaw has been living with his Thai wife on the island for ten years without a passport or other type of travel document and has become an influential figure among Myanmar migrants on Samui.