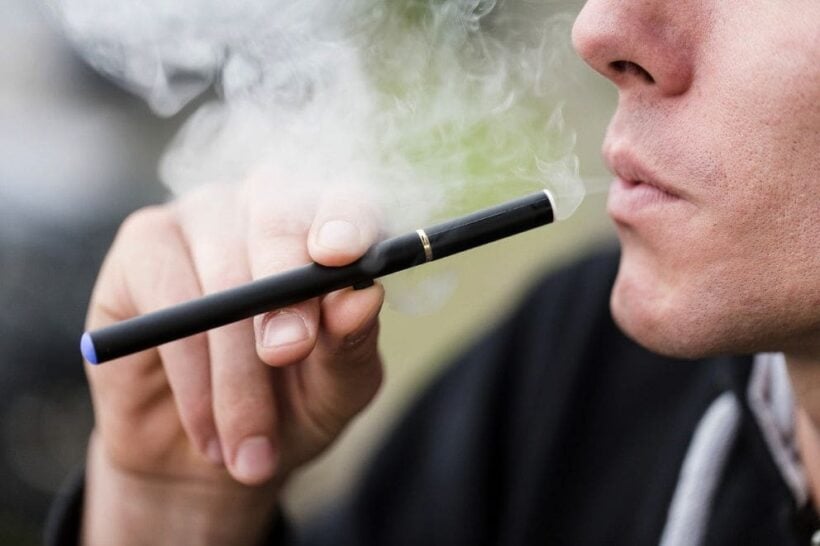 Allowing smoke-free products seen as more effective in discouraging tobacco smokers than the introduction of plain packaging for cigarette packets.

The Nation reports that a network of e-cigarette users and importers is suggesting that lifting the ban on smoke-free products and issuing appropriate regulations would be a more-effective measure to discourage people from smoking rather than selling cigarettes in plain packages.

The Public Health Ministry is in the process of announcing a new regulation requiring cigarettes to be sold only in plain packages, with 10 new pictures and warning messages designed by the ministry. The new regulation will come into force next year.

Citing research that plain packaging helps reduce the craving for cigarettes, this new regulation will make Thailand the first country in Asia and 11th in the world to adopt “negative” packaging to discourage smoking, officials said earlier.

However, Maris Karanyawat, representative of the End Cigarette Smoke Thailand group (ECST), says plain packaging will do little to cut down on cigarette consumption, citing the number of smokers staying at 11 million over the past decade in Thailand despite the inclusion of warning pictures on packets since 2005.

“Thai laws (relating to smoking) include severe punishment, but whether they can be really or seriously enforced is the problem,” he added.

ECST had earlier submitted 40,000 signatures in a campaign for legalising e-cigarette and suggesting that it be turned into a “controlled” rather than “banned” substance.

The Commerce Ministry has banned production, import, sale and consequently possession of e-cigarettes since 2014.

Maris met with concerned agencies late last month about lifting the ban, but came away without a resolution. However, the Commerce Ministry did say it will set up a panel to study the proposal’s feasibility, he said.

Meanwhile, Gerald Margolis, managing director of Philip Morris (Thailand), said revoking the ban on smoke-free products and appropriately regulating cigarettes will achieve more than selling them in plain packaging. He added that his company was not opposed to plain packaging, but was more focused on efforts to secure appropriate regulations for products that have been scientifically substantiated as being less harmful.

He said Philip Morris International is working to create a smoke-free future, and that the priority of the company was to provide less harmful alternatives to adult smokers who will otherwise continue to smoke.

“Today’s issue is not about packaging, it is about the cigarettes inside that really cause harm when people light and smoke them,” he said.

He cited statistics showing that in countries where smoke-free products are prohibited, such as Australia and Singapore, smoking rates have not changed significantly over the last several years despite increasingly aggressive regulatory and fiscal efforts.

By contrast, in countries where smoke-free alternatives are allowed, such as the UK, Europe Union, Sweden and Japan, smoking rates have dropped to historic lows, he added.

Margolis said regulatory measures for cigarettes should be complemented by policies that allow and encourage smokers to switch to better, smoke-free alternatives to cigarettes, he said.

Police searching for owner of weapons hidden in bushes