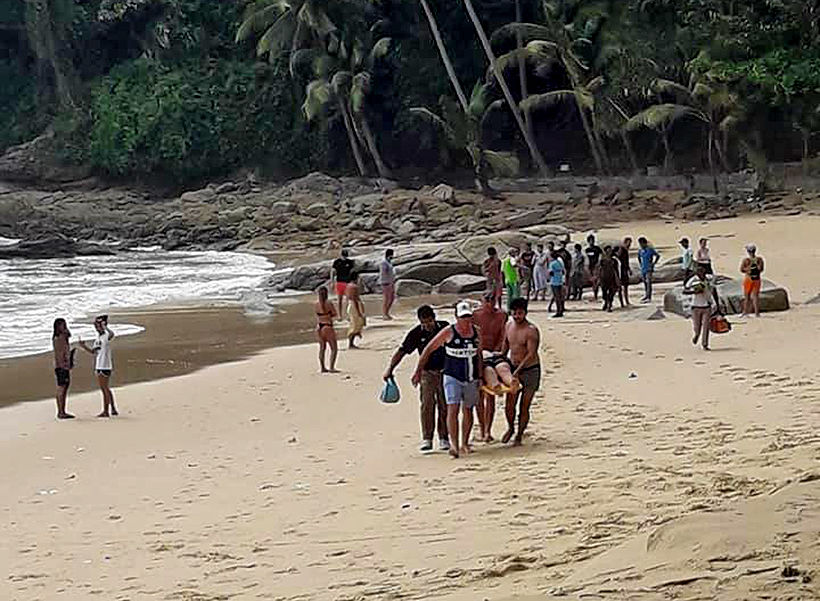 A British tourist, from Hong Kong, has drowned at Surin beach in Phuket yesterday but his son was saved thanks to the quick actions of a local beachgoer.

Choeng Thalay police were alerted at 3pm that a foreign tourist had drowned and another was injured.

26 year old Amnat Chuasman, who rescued the son, said he saw the two tourists arrive on a motorcycle and go into the water despite high waves whipped up by strong onshore winds.

Amnat said the two were swept out to sea by a big wave and he swam out to rescue them but managed to save only the younger tourist.

He called for an ambulance to take the rescued tourist to the hospital and he resumed the search for the father. However, the man had already drowned but he brought the body back to the beach to await emergency responders to arrive.

The Phuket tourist police have informed the British embassy of the incident.

There are currently no lifeguards posted on Surin Beach, one of the island’s most popular swimming beaches.

Blackwater at Phuket’s Nai Harn beach due to ‘natural causes’