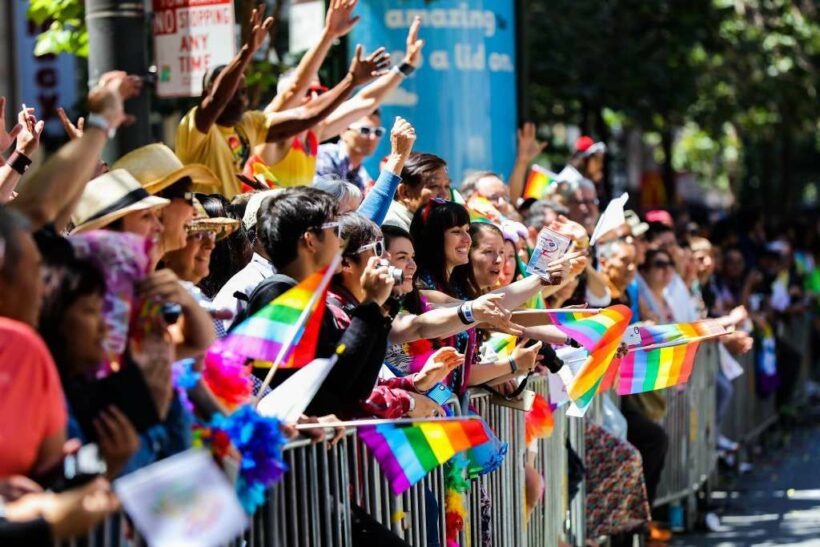 The Tourism Authority of Thailand is reaching out to the US LGBT community to help broaden Thailand’s tourism base and attract more travellers. The TAT sent a contingent to New York’s annual pride parade, held on World Pride Day, to lure more tourists to the Kingdom. The parade was held last Sunday.

TAT are using the branding “Go Thai Be Free” in their ‘come to Thailand’ marketing campaign aimed at the large US LGBT base.

The director of the TAT office in New York, Charinya Kiatlapnachai, says they were marketing at the event to encourage LGBT tourists to visit Thailand. The TAT say statistics show that 5 million US citizens identify under the LGBT banner. The TAT has also been promoting the message of Thailand being a safe and fun travel destination for LGBT travellers in the Latin American market where the target audience reaches more than 20 million potential travellers.

NY Pride Event organisers say there were about 150,000 marchers in the actual parade and more than 4 million visitors to the city to watch the event. The annual pride march, held in many cities around the world, commemorates the ‘Stonewall Uprising’, an event seen as triggering the modern LGBT movement. This year was the 50th anniversary of Stonewall.