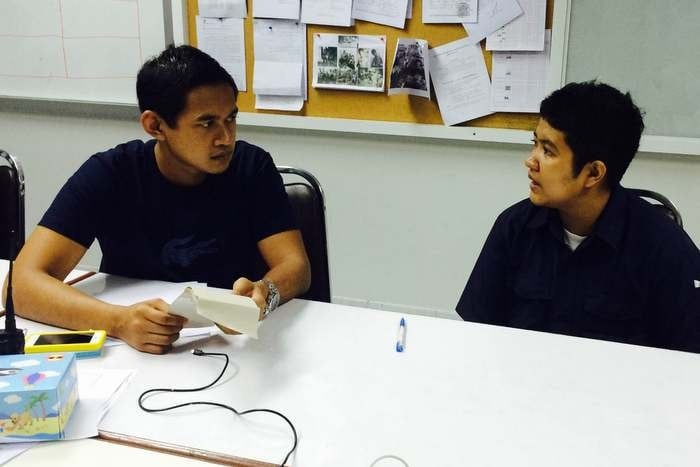 PHUKET: Two daring thieves got away with more than 400,000 baht in cash after kicking over a woman’s motorbike and grabbing her bag yesterday evening.

Lt Wechasak Chuladoong of the Phuket City Police rushed to the scene after police were alerted of the hit-and-run attack on Jantana Seangdee, 37*, along Pracha Uthit Road in Koh Kaew at about 8pm.

“The two tall men in black jackets escaped to Loggarden village in Rassada on their motorbike,” Lt Wechasak said. “Officers have been told to intercept them, but they are still at large.”

“We questioned Ms Wantana and found out that before returning home from work she had collected loan payments from other staff members for her brother. This was a duty she performed every month,” Phuket City Police Deputy Superintendent Khunnadet Nanongkhai explained.

“She put the money inside her bag, which she had slung over her shoulders while riding her bike home to get her bank book, before going to deposit the money.”

Ms Wantana claimed that the stolen money was to be used for her brother’s wedding in November.

“Officers checked CCTV footage nearby the scene, but as no one had followed her the security camera failed to capture the lead-up to the robbery. However, we have to investigate and get more details from the victim because this is a large sum of money,” Lt Col Khunnadet said.

* The original story stated the alleged victim as Wantana Seangdee, 36.