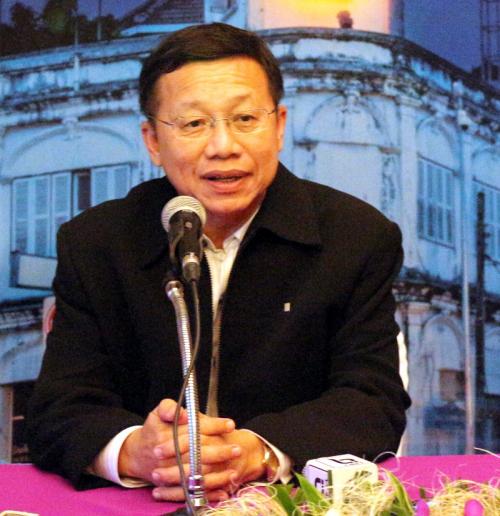 PHUKET: Tourists will need to have a valid international driver’s license to rent cars and motorbikes, the Minister of Tourism and Sports announced on Saturday.

The news came as Tourism and Sports Minister Somsak Pureesrisak sifted through a slew of issues facing the state of tourism in the Andaman provinces of Phuket, Phang Nga and Krabi at a meeting at the Radisson Blu Plaza Resort Phuket at Panwa Beach.

“I have discussed the situation with the Phuket Land Transportation Office and they will take charge from here,” Mr Somsak said.

“This is for tourists’ own good, because they will be protected by law if they are in a road accident,” he explained.

With tourism revenue estimates in Thailand for 2013 coming in at 1.1 trillion baht from foreigners and 5 billion from the domestic market, the importance of private and government organizations focusing on protecting tourists and their belongings was paramount, Mr Somsak said.

In attendance at Saturday’s meeting was Phuket MP Anchalee Vanich Thepabutr, who reinforced the idea that Phuket was still in need of better-developed infrastructure to handle the growing number of visitors to the province.

“Phuket still needs to develop a mass-transportation system, sufficient public utilities and adjust much of its infrastructure to support the growing number of tourists visiting the island,” MP Anchalee said.

Representatives from Krabi and Phang Nga, Krabi Tourism Association Adviser Tharat Thanitnon and Phang Nga Chamber of Commerce President Sitthichote Thongchumnum, suggested that more of the Ministry of Tourism and Sports’ budget be allocated to protecting the environment in the Andaman region, thus preserving the natural beauty of popular tourist destinations.

Mr Somsak confirmed that he would discuss the issues raised at the meeting with other members of the Ministry of Tourism and Sports when he returned to Bangkok.

No fear of floods or landslides yet, says Phuket MET