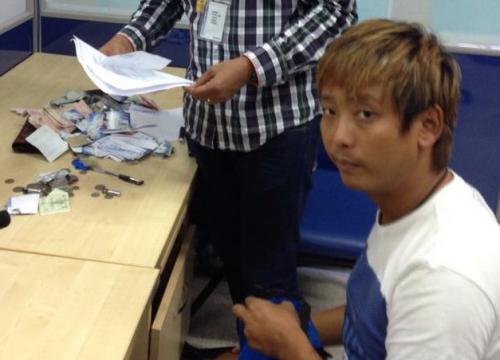 Accompanying Tourist Police in the raid on the men’s tour kiosk on Phun Pol Road was Jakrit Janjit, Registrar of the Bureau of Tourism Business and Guide Registration Phuket office.

The men were taken to Phuket City Police Station and charged with working illegally as tour guides.

After justice has been served, they will be deported, he added.

“We are working together with other police officers to crack down on illegal guides in Phuket because they give Phuket a bad image,” Maj Urumporn said.