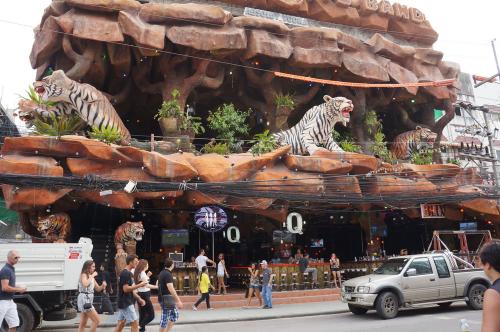 PHUKET: More than than a year after a fatal blaze killed four people at Patong’s famous Tiger Disco nightclub on August 17 last year, the nightclub’s operators will be called to Phuket Court to enter a plea to charges of negligence causing death.

“The suspects were formally charged on July 10. The next court appearance will be on September 2,” Mr Chiengsean said.

On that day, the defendants will be called upon to enter a plea, he added.

“They will be also asked to explain what evidence they have to support their plea,” Mr Chiengsean explained.

Although the trial is to be held in Phuket, the case had to be approved by the Public Prosecutor’s regional head office in Surat Thani to present in court, he added.

The long-awaited trial comes after a series of delays in securing evidence, despite Thailand’s leading forensic police being dispatched from Bangkok to investigate the fire (story here).

It also comes after a damning report by the Building Society Inspectors and Officers Association (BSA) and the Association of Siamese Architects (ASA), which cited failure by nightclub management to adhere to multiple fire-safety regulations.

The disco had improper placement of fire extinguishers and faulty emergency-exit ladders, and used a highly-flammable foam for wall and ceiling decorations, said the report (story here).

Some of the emergency-exit ladders were found to be too short to reach the ground, which matches witness reports of individuals being forced to jump from the burning building.

The report also supported evidence that the decorations on the ceilings and walls of the building were made of highly flammable expanded polystyrene (EPS) foam, which is now illegal to use inside buildings.

The forensics report, months in coming, identified the cause of the fire as an electrical short circuit under the ceiling at the front of the building, Maj Gen Chonasit Wattanavrangkul, who was Provincial Police Commander at the time, confirmed with Patong Police.

“The spark set alight the ceiling and the wall, both of which were coated with highly flammable EPS foam,” he explained.

The popular night venue erupted into flames just before 4am, while hundreds of patrons were still inside (story here).

Days later, scores of people from Patong’s entertainment industry turned out at a memorial event to mourn those lost to the fire (story here).

“Mr Piya was allowed to post bail by the court on that day. We bailed him out with cash,” he said.

“It does not matter how much we paid to post bail. He is not going anywhere,” he added.

Mr Thamrongsak was confident in successfully defending the manslaughter charges, which carry a maximum penalty of up to 10 years in prison or a fine of up to 20,000 baht.

“We are not afraid to fight the charges because we are innocent. It was an accident,” he assured.

“We have all the evidence we need to prove that it was a lightning strike that night. It was not our fault at all,” he said.

Atipong Thongyon, chief of the PEA Patong office, on August 18 – the day after the fire – refuted allegations that the blaze was caused by an exploding transformer (story here).

“We also have evidence to prove that the Patong office of the Provincial Electricity Authority is hiding from us,” Mr Thamrongsak alleged.

“They should check their power cables and poles for public safety. The electrical wires are all old; they better check and make it safe,” he said.