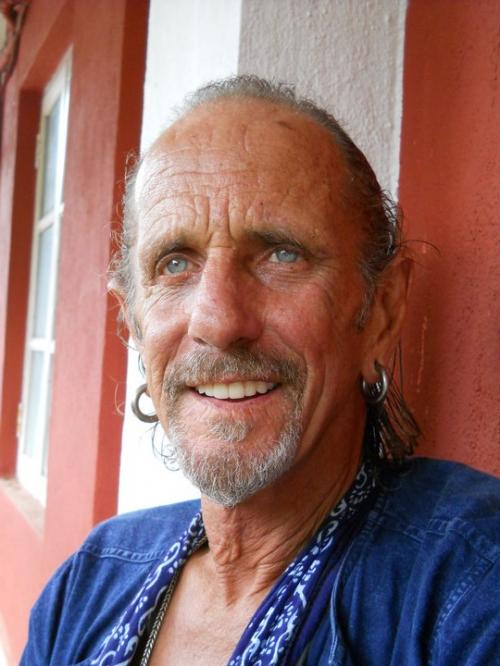 PHUKET: Friends of long-term Phuket expat Marc Harrington, who died on Tuesday, will be holding a fundraiser next Friday, August 23, to help cover hospital and funeral expenses so they may lay him to rest.

Mr Harrington, a British national from London, was admitted to Vachira Phuket Hospital on June 22 after suffering a head injury in a motorbike accident (story here).

However, his varying post-operation condition prompted the Phuket Blood Bank to make a second appeal for blood to help stabilize him (story here).

Mr Harrington never fully recovered and succumbed to his injuries on Tuesday.

“His wide circle of friends and cockney accent belied his public school upbringing. He was well known and much loved by many people,” one mourner told the Phuket Gazette.

“It’s so sad. The staff at Vachira [Hospital] did an amazing job. They couldn’t have done more,” she added.

Mr Harrington is well remembered for his efforts in helping local communities in Khao Lak rebuild their lives in the wake of the 2004 tsunami. He helped people to rebuild houses and schools, and made sure orphans received good care, the Gazette was told.

He was also endeared for his work in helping Burmese refugees, and the depth of his work with local Thais in Khao Lak saw them bestow upon him the nickname “Mahout Marc”.

The fundraiser on August 23 will be held at The Islander bar in Rawai (map here). The gathering of friends and memories will begin at 7pm.

* The Gazette learned after this story was published that Mr Harrington slipped and fell from his parked motorbike and suffered a head injury when his head struck the ground. He did not fall from a moving motorbike, as the initial reports might have suggested.