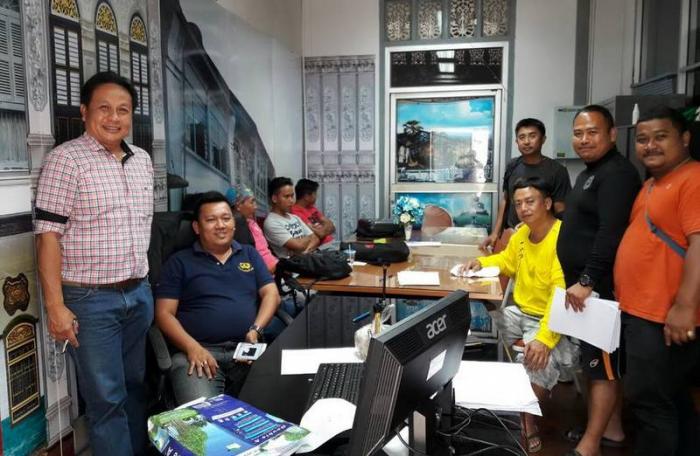 The arrests were made by a team of provincial officials on the lookout for illegal workers at the Asia Marina in Rassada.

“The team spotted the three men working as guides for Chinese tourists at about 10am,” said Phuket Vice Governor Prajiad Aksornthammakul.

The suspects were named as A Liang, 30, and A Ming, 31, both Myanmar nationals. The third, Sornthong Sae-Lee, is from a hill tribe in northern Thailand.

“The three were escorting the tourists and bought them ferry tickets, so the officers approached them and asked to see their work permits but none of them could provide one,” said the vice governor.

All three were charged for working illegally as tour guides, a protected ‘profession’ reserved for Thais only. The trio were then handed over to Phuket City Police for further processing.

Volunteer diver hospitalized after being run over by speedboat