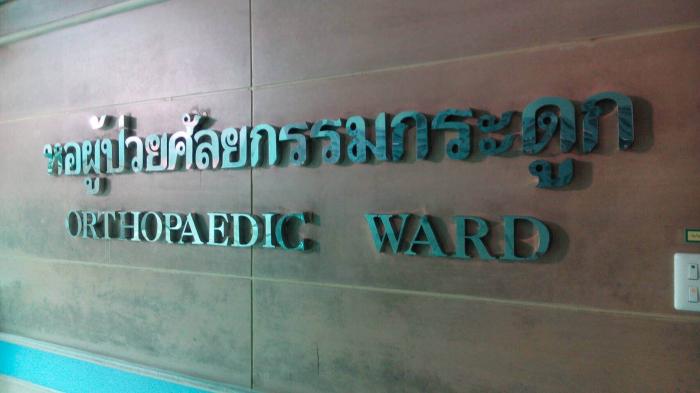 PHUKET: The driver of a speedboat is still at large, after running over a volunteer diver picking up trash yesterday.

The diver, a fourth year student at Phuket’s Rajabhat University, is undergoing treatment at Vachira Phuket Hospital after having her right thumb amputated.

Thirty-one year-old Patcharin Phetlorian was diving with fellow volunteers of the Phang Nga Provincial Natural Resource and Environmental Office (NREO) when the boat, presumed to be shuttling tourists between islands, ran over her.

Ms Patcharin sustained injuries all along the right side of her body, including lacerations of her shoulder, wrist and leg. The accident occurred in the sea near Kai Nok Island at about 2pm.

Ms Patcharin’s elder sister, who asked not to be named, said that Ms Patcharin is still still in a state of shock and grief over the accident.

“We are so sad for her and fear she’ll feel depressed about the accident. So far, we have not seen any department really act on this case. Nobody has taken responsibility for what’s happened to my sister,” she said.

“I would like to see police and officials hurry up their investigation and find out who did this. Justice must be served,” she added.

Noppadon Ingwatcharakul of the Phang Nga NREO confirmed that Ms Patcharin is now safe, but is currently waiting for another operation.

“So far we’ve not identified the boat that injured her. However, we have filed a complaint with the Koh Yao Police in Phang Nga for further investigation,” he said.