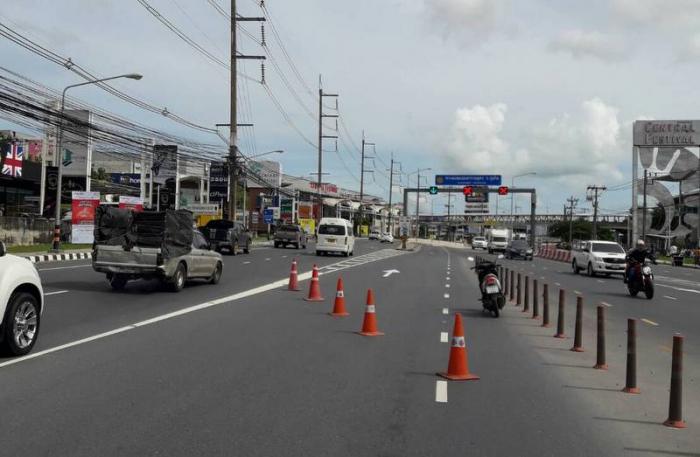 PHUKET: The southbound lanes of the Darasamuth Underpass have been temporarily closed and the traffic light system shut down.

“We found out about a problem with the lane indicators this afternoon so we shut down the lanes to prevent any confusion that could lead to accidents,” Patiwetwottisak Sookhii, director of the Phuket Highways Office, told the Phuket Gazette this afternoon.

Mr Patiwetwottisak said the light system would be up and running again “soon” but could not confirm the exact date.

“We have set up cones on the road to block motorists travelling toward Chalong from entering the underpass,” said Wichit Police Deputy Superintendent Ampol Chunthakul.

“Meanwhile, northbound motorists can still use the underpass and the southbound road will be reopened after the Highways Office can erect barriers to physically separate the northbound and southbound lanes,” Lt Ampol added. As to when the erections might happen, the policeman could only say “soon”.