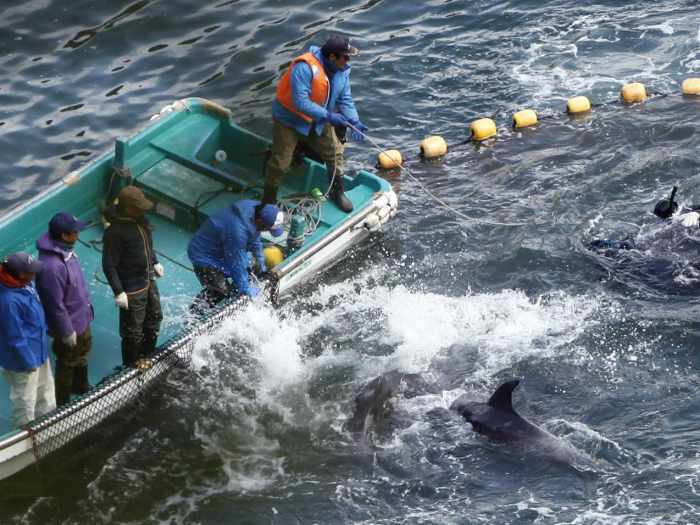 PHUKET: The award-winning documentary The Cove will be screened twice at Central Festival Phuket next week to raise awareness of how dolphins are caught at the Taiji Cove in Japan and sold for use in dolphinaria around the world.

Central to the documentary, however, is how many of the dolphins are butchered and the meat sold to supermarkets.

The movie will be shown on August 7, at 2pm and at 5pm. The venue will be under the canopy in the forecourt outside Homeworks at Central Festival Phuket East.

An estimated 250 students from the Prince of Songkla University (PSU) Phuket campus are expected to attend, the Phuket Gazette was told.

A bevy of Phuket dignitaries has been invited to attend the 5pm screening, including Phuket Governor Maitri Inthusut.

The Cove received critical acclaim on its release in 2009 and won 25 film awards, including the Academy Award for Best Documentary in 2010.

Although the movie carries a PG-13 rating, parents should note that it features graphic footage of dolphins being butchered while penned in the Taiji Cove.

The screenings of The Cove come as environmentalists continue their campaign against the opening of the Nemo Dolphinarium. The facility is currently under construction in Chalong, which upon opening will become the first dolphinarium in Phuket.

According to Sea Shepherd Global, several of the six dolphins for the facility are being transported from the Ukraine, but were originally caught in Taiji (story here).