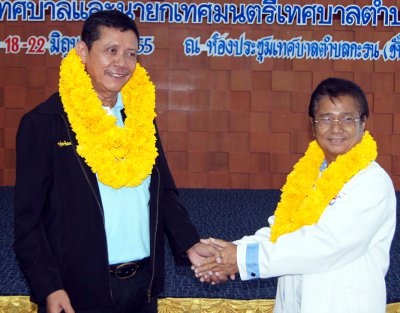 PHUKET: The preliminary vote count in yesterday’s Karon Municipality elections shows that Tawee Thongcham has been re-elected as Karon Mayor, with 2,388 votes from the 3,929 voters who showed at the polls.

Mr Tawee’s only opponent in the election, Narong Natang, secured 1,345 of the votes.

Almost 73 per cent of the 5,391 eligible voters cast their ballots on Sunday, 60 of whom chose the “no vote” option.

There were 136 spoiled ballots.

The Thong Thin Gao Na party also secured five of the councilor seats in Kata-Karon voting district two, while Mr Narong’s party, Pracha Ruam Jai (United People) got their foot in the door with one member.