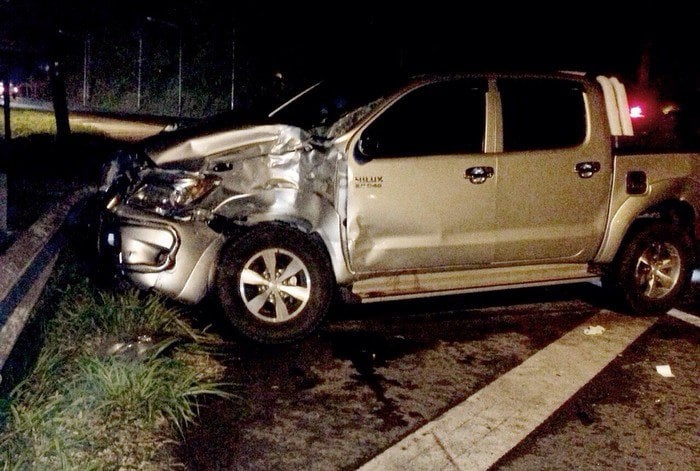 PHUKET: A Swiss national was killed in a car crash on Kata Hill early this morning.

Gaetano Pensovecchio, 39, was removed from his pick-up truck and rushed to Vachira Phuket Hospital, where he was later pronounced dead.

“The pick-up truck being driven by Mr Pensovecchio was ascending Kata Hill toward Chalong when it collided with a six-wheeled truck,” explained Lt Chatri Choowichian of the Karon Police.

The driver of the other truck, Amorn Bamrue, 36, suffered only minor injuries in the accident.

“Mr Amorn, told us that Mr Pensovecchio crossed into his lane right before the accident occurred. However, we will be reviewing CCTV footage in the area to see if we can establish exactly what happened.”

There were no witnesses to the accident, police confirmed.

“We have yet to charge Mr Amorn at this point. Whether or not we follow up with criminal charges will depend on what further evidence comes to light,” Lt Chatri said.