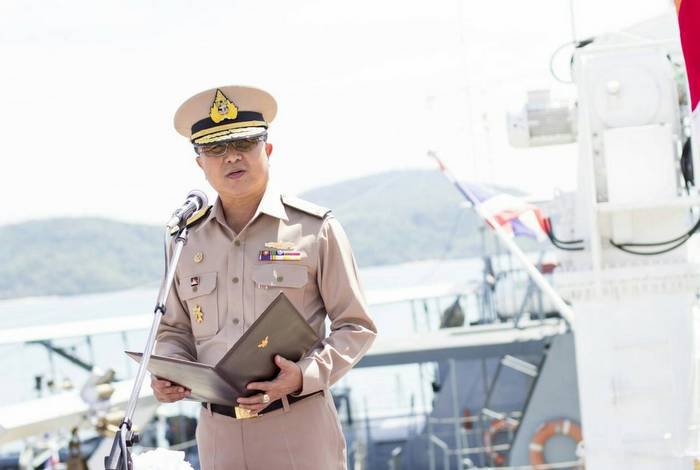 PHUKET: A ‘Special Navy Team’ was put into action in Phuket last week to combat the severe economic and ecological damage caused by illegal, unreported and unregulated fishing vessels (IUU) that are taking advantage of legal loop holes and poor enforcement in the region.

The joint task force will be operating 12 boats and one helicopter, as they attempt to reign in vessels such as Taishan, which had fled from the navies of New Zealand and Australia, as well as the global conservation organization Sea Shepherd, before mooring near Phuket earlier this year (story here). The ship was seized after it off-loaded its cargo in Phuket and falsely reported 182 tonnes of illegally poached Antarctic toothfish – valued at about 179mn baht – as 82 tonnes of grouper – valued at about 15 million baht (story here).

“All of the agencies involved will be working closely together, and will be regularly reporting to, and following the policies of, the Command Center for Combating Illegal Fishing (CCCIF),” said Vice Admiral Sayan Prasongsamrej, who chaired the grand opening at the Phuket Marine Biological Center on Friday.

The new task force follows orders from the National Council for Peace and Order (NCPO) to improve Thailand’s approach in dealing with IUU fishing vessels, with the hope of reversing the yellow card issued to the nation by the European Union (EU) in April (story here).

The EU gave Thailand six months to implement a tailor-made action plan to combat the issue.

Prime Minister Gen Prayut Chan-o-cha exercised his powers under Article 44 of the provisional charter to establish the Command Center for Combating Illegal Fishing (CCCIF) on May 6 (story here).

New regulations require fishing boats that are 30 gross tonnes or larger to report to the center 24 hours before departure and arrival.