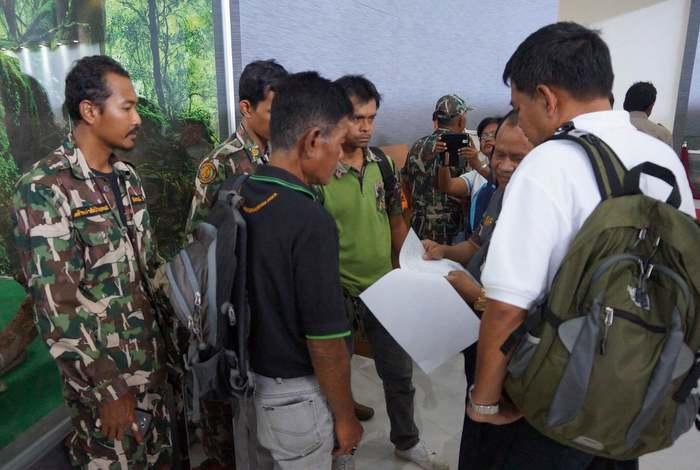 PHUKET: The owner of a snake that bit a kissy Chinese tourist in Phuket was charged for the illegal possession of a protected species today.

Officials launched an in-depth inspection of Phuket Bio Technology Co Ltd in Chalong after the 2.5-meter-long python bit 29-year-old Jin Jing on the nose when she attempted to kiss it (story here).

According to the python’s handler, kissing the snakes is against company policy. Video: PGTV/MOTS Phuket

“We inspected the company’s documents and discovered that the owner of the snake, Pairoj Thiprod, 47, had recently purchased the reptile from a farm in Bangkok and had yet to register the protected species,” explained Songchai Thongboonyang of the Department of National Parks, Wildlife and Plant Conservation’s Protected Area Regional Office 5 (PARO).

The snake was seized by officials.

Mr Pairoj was taken to the Chalong Police Station and charged for the illegal possession of a protected wild animal, which carries a penalty of up to a 40,000-baht fine, four years in prison or both.

PARO 5 also decreased Phuket Bio Technology’s snake ownership licence from 85 to 53, the number of legal snakes currently on the premises.

Though the company has permission to own the snakes, it has now been asked to secure approval for the snake show from the Chalong Municipality, confirmed Mr Songchai.