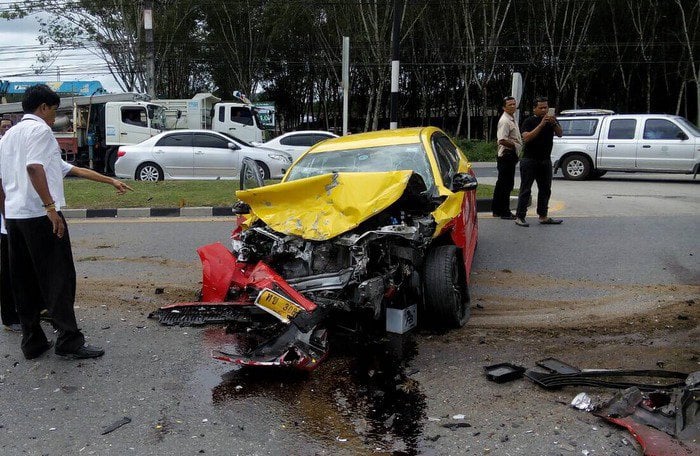 A taxi involved in the accident ran into one vehicle, which then crashed into a utility pole, before sailing across the median and colliding head-on into a taxi carrying a group of Indian tourists, explained Lt Suporn Muangkai of the Thalang Police.

The tourists, Anui Batra, Gaurav Singh, and Rohit Vaishnava, and their driver did not sustain any life-threatening injuries in the incident. Nonetheless, they were all taken to Thalang Hospital.

Alexander Petrov, Alexandra Novikova and Sofia Petrov, the Russians who crashed their vehicle into the utility pole, were taken to Bangkok Hospital Phuket to be treated for minor injuries.

The driver of the airport-bound taxi that bounced across the median suffered spinal injuries and a broken leg, confirmed Lt Suporn. Sakkarin Sakuket, 48, had no passengers at the time of the accident.

“We have yet to charge anyone, as they are all in the hospital,” said Lt Suporn. “Once they have recovered and we have had the chance to question them, we will move forward with the case.”