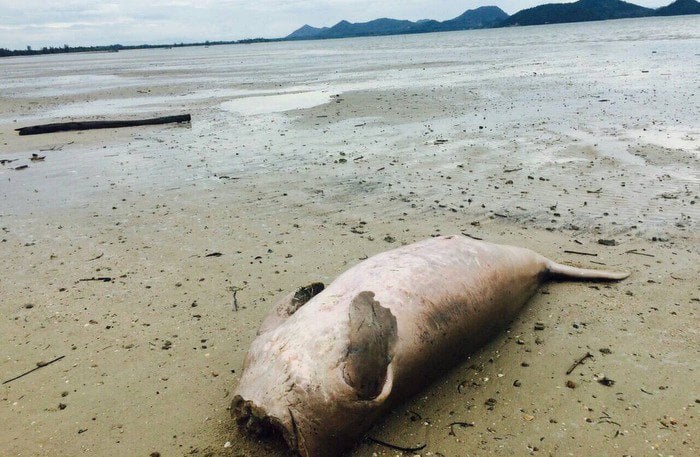 PHUKET: A dugong that washed up on Koh Yao Yai Beach Tuesday morning is believed to have been decapitated for its teeth, experts confirmed.

PMBC experts estimated that the headless dugong, better known as a sea cow, would have been about three meters long.

The autopsy conducted yesterday morning revealed that the 40-year-old, 330-kilogram marine mammal had suffered a broken back and was decapitated post mortem.

“The upper part of the backbone was broken and it had severe bruising on its back muscles that were about one meter wide,” said Dr Kongkiat. “We believe that the dugong was hit by a boat, as a human could not have caused such extensive damage.”

The PMBC filed a complaint with the Koh Yao Police, asking that they follow up on the beheading.