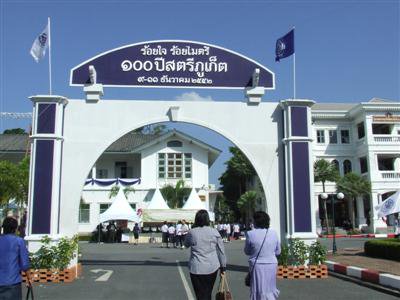 Another three Thai contestants took silver medals in what proved to be the country’s best-ever medal haul at the Olympiad, which this year had 258 competitors from 49 countries.

Young Mr Peerasak completed his primary level education at Wittaya Satit School in Phuket Town and is now studying in Matthayom 3 level at Satree Phuket, which this year celebrates the 100th anniversary of its opening.

Mr Peerasak enjoys the top grade point average in his class and has been sweeping up academic prizes since he was in elementary school.

All of the Thai team enjoyed sponsorship from the Promotion of Academic Olympiad, Development of Science Education Foundation under the patronage of the late HRH Princess Galyani Vadhana and the Institute for the Promotion of Teaching Science and Technology.