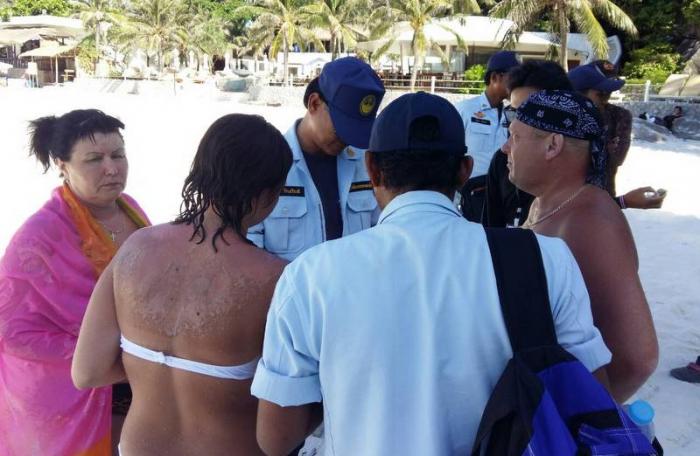 PHUKET: A Russian tourist who was ‘caught’ feeding a fish on Phuket’s Racha Island last month flew back to her home country yesterday after being cleared by the Phuket Provincial Court on Monday.

Olga Smirnova, 53, was arrested on the island on February 19 (story here), and jailed for two nights in Phuket while her bail money was being arranged (story here).

“The court ordered her to pay a 1,000 baht fine, but as she had already served two ‘inconvenient’ nights in jail, the time spent behind bars was accepted in lieu of the fine,” confirmed Lt Sakarin Saengjaroen of Chalong Police.

When the Thai lady who had posted the 100,000 baht in bail for the Russian was asked by a Gazette reporter if the money would be refunded, she said that the court had agreed to that. However, the court could not give her a date for the refund, saying only that they would telephone her when the check was ready.