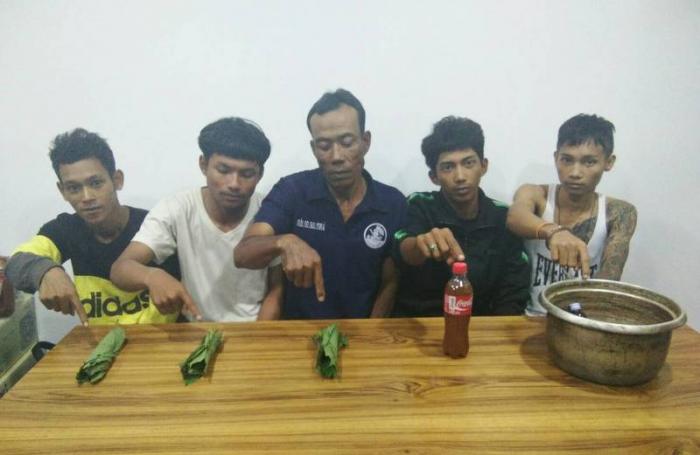 PHUKET: Six men and two women were arrested in three separate incidents for possession of drugs and weapons last night.

“Saripha Poksa, 30, and Yamila Mayo, 29, were arrested with 177 pills of ya bah (methamphetamine) and 23,000 baht in cash. They were apprehended after undercover police officers pretended to buy drugs from them,” said Lt Col Worapong Prom-In of Patong Police.

Both women were charged with possession of a category 1 drug with intent to sell.

Rossanee Mana, 19; Sulaimarn Saekari, 23; Tuwaema Maming, 53; Muhhamad Kueji, 27; and a 22-year-old Burmese worker named by police only as ‘Ko’, were arrested with krathom and cough syrup. All five were charged with possession of a category 5 drug.

One suspect, Suchat Sangkano, 27, was arrested with a 9mm pistol and 11 bullets. He was charged with illegal possession of a firearm and carrying a firearm in public without permission.

All suspects were taken to Patong Police Station for further legal processing.

“Even though they are ‘small-time’ drug users, apprehending them is a sign of progress for us. Our job is to clean up Patong by following the government’s policy of eradicating weapons, drugs and crime,” said Col Worapong.

No leads in hunt for missing Russian tourist