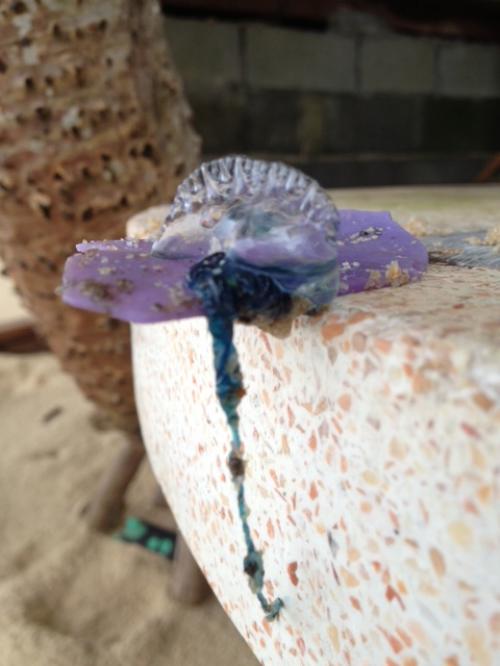 “The presence of these bluebottles on the west coast started about five days ago with the onset of strong southwest monsoon winds blowing them in from the Indian Ocean,” he said.

“Beachgoers should watch where they walk in the sand. They are currently being deposited at the high tide line,” he added.

“However, these bluebottles found on Surin Beach are our first reported bluebottles this year,” she said.

“Unlike with jellyfish stings, people stung by bluebottles should not pour vinegar on the wound. This can make it worse,” she said.

“Instead, immediately wash the wound with lots of seawater followed by lots of very warm water. And seek medical assistance as soon as possible just in case,” she urged.

US Embassy consular outreach in Phuket

Aussie envoy thrusts weapons in Phuket into the spotlight