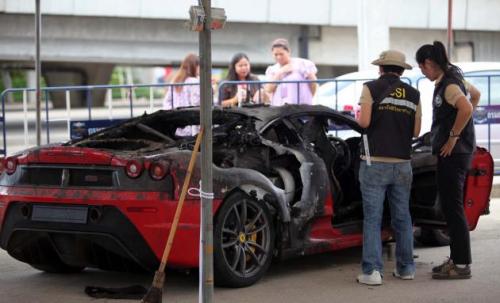 This report prompted Social Development and Human Security Minister’s secretary Anusorn Eiamsa-Ard to visit the province for inspection yesterday, where he was told by Songkhla deputy governor Surapong Panut-ampon that there were many human trafficking cases in terms of prostitution in the city.

Surapong explained that Songkhla, a tourism and trade hub, served as a core supplier of women and children to prostitution rings in Malaysia and Singapore. He said authorities had rescued 73 prostitution victims in 2011; 17 in 2012 and eight in 2013. There was also a high number of people being forced into labour in the fishery business, he said, adding that authorities had rescued 15 persons in 2011; 17 in 2012; and seven in 2013.

Provincial Police Region 9 investigator Pol Maj-General Jeerawat Udomsuk said he covered human trafficking crimes in Songkhla, Satun, Trang and Phang Nga provinces and the toughest issue was the Rohingya people who fled turmoil in Myanmar and wished to live here permanently. He said the refugees were a financial burden on the Thai government, but nothing could be done other than force them back into their country.

Even then, they tend to sneak back in, he added.

Jeerawat cited Sadao district, where thousands of migrant children had no access to education and would possibly grow up to cause social problems in the future. He called on the foreign minister and other people in power to speak to Malaysia about pushing Rohingya refugees into Thailand as well as punish the state officials who help with the transfer.

Royal Thai Police representative Pol Colonel Surapong Muenpaopun said there were 2,000 registered Rohinya people in Thailand, but the actual figure could be larger and grow further if nothing is done to send them back to Myanmar. These people also faced the risk of becoming human trafficking victims. Anusorn’s visit was to prepare for the ministry’s strategy to tackle human trafficking in seven pilot provinces such as Songkhla, which will be used as a model for the suppression of human-trafficking cases.


Papers for 301 cars ‘tied to tax scam’
The Nation / Phuket Gazette
PHUKET: More than two-thirds of Mercedes-Benzes and BMWs under investigation for tax evasion have failed to pass document tests.

“But we will have to conduct physical inspections before coming to a conclusion,” Tarit Pengdith, director-general of the Department of Special Investigation (DSI), said yesterday.

The papers for 264 out of 338 Mercedes-Benzes and 37 out of 46 BMWs in the probe showed signs of tax dodging, he said. The DSI has called on the owners of 558 “imported” luxury vehicles to submit their automobiles for inspection to see if the proper taxes had been collected from them. All of them are registered as “reassembled” in Thailand – a classification that will soon be completely banned as some car importers and buyers have reportedly claimed the vehicles are reassembled in country to avoid a higher tax rate.

“The owners should voluntarily come forward this week,” Tarit said. “After this, we will issue summons.”

The DSI estimates that more than 20 billion baht has been lost in tax-evasion schemes for cars. The authorities started to look into the situation more seriously after doubts arose early this month as to why no one came forward to claim six luxury cars damaged in a fire while being transported through Nakhon Ratchasima last month. A closer look revealed at least one was linked to tax-evasion.

The DSI was now going after a prime suspect, Natee Riewthong, in the Nakhon Ratchasima case. “We are also gathering evidence to seek arrest warrants for two luxury-car importers. Both men are well-known entrepreneurs in their field,” he said.

Deputy Prime Minister Chalerm Yoobamrung has lodged a police complaint against former senator Ruangkrai Leekitwattana and several newspapers for claiming he possessed a Rolls-Royce, for which proper tax may not have been paid.

“I will also sue Ruangkrai for Bt50 million. The allegation against me is completely groundless,” he said.


Jet-setting monk ‘to return next week’
The Nation / Phuket Gazette
PHUKET: Disciples of Luangpu Nen Kham Chattiko – who was identified as one of three monks seen aboard a private jet in a video clip that has drawn widespread criticism – said yesterday he would return next week from his trip abroad to resume his duties as abbot of Wat Pa Khantitham in Si Sa Ket’s Kanthararom district.

The 34-year-old was one of a trio of monks wearing earphones and sunglasses and using a Louis Vuitton bag, in a clip that has been circulating on the Internet since last week, sparking public criticism at the “ostentatious display”.

Si Sa Ket’s Office of Buddhism director Virod Chaipanna made inquiries at the monastery on Monday and was told the monk had gone on pilgrimage abroad.

The Nation visited the monastery yesterday and was told by a male disciple, who gave his name as Kung, that the abbot often travelled by helicopter or jet provided by devoted disciples in response to urgent invitations to preach in other provinces. The disciple said that the critics of the video clip were motivated by envy.