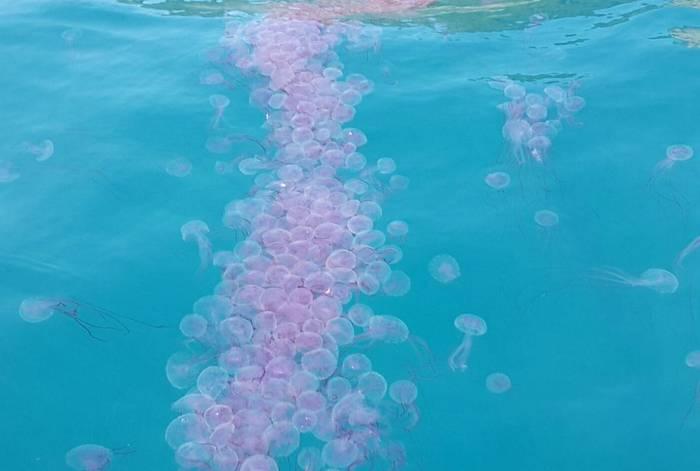 PHUKET: Blooms of ‘pink jellyfish’ spotted off the coast of Krabi have prompted officials to issue a warning to tourists about swimming at Phi Phi National Park.

“We are not certain exactly what species of jellyfish within the Pelagiidae family they are,” said Charatsee Aungtonya, a marine expert from the Department of Marine and Coastal Resources (DMCR). “However, based on the photographs, especially with regards to their tentacles, it is best to avoid them.”

“We spotted the blooms off Koh Mai Pai [Bamboo Island]. This is a very normal thing this time of year. They should be gone within a week,” Mr Chaiya said.

Mr Chaiya was also unable to specifically identify the jellyfish beyond the local name for them, which translates to ‘red jellyfish’.

“As far as I know, they are venomous, but their stings are not lethal,” he said.

“If you are stung by these jellyfish, pouring vinegar on the wound can help relieve the pain. However, some people may have allergic reactions to the stings, so we have medical teams on standby.”