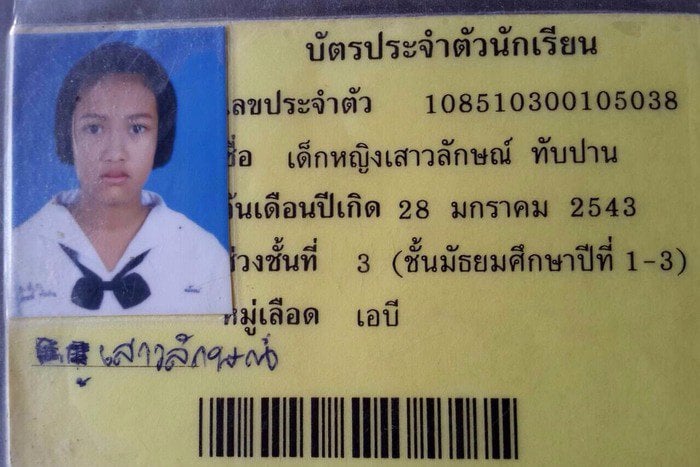 PHUKET: A mother is desperately searching for her 15-year-old daughter after she disappeared from her home in Ranong and hopped on a bus to Phuket with a friend yesterday afternoon.

“After she disappeared from home, I asked a motorbike taxi driver near my house if he had seen her. He said that Nong Mai and her friend had gotten a ride to the bus terminal,” said Ms Deunphen.

“I went to the bus terminal to see if I could track them down, and a staffer there told me that they had bought tickets to Phuket.”

Mrs Deunphen said that the bus arrived on the island at 8pm yesterday.

“I am in Phuket now and have informed the Chalong Police about my missing daughter, in the hope that they might find her tonight at the Wat Chalong Festival,” she said.

“Nong Mai has no money, and her friend has only a little. How can they survive in Phuket? I am very worried.”

Mrs Deunphen said that Nong Mai did not carry her Thai ID card with her to Phuket.

Anyone with any information or knows where Nong Mai is urged to call Mrs Deunphen directly on 089-8727769.