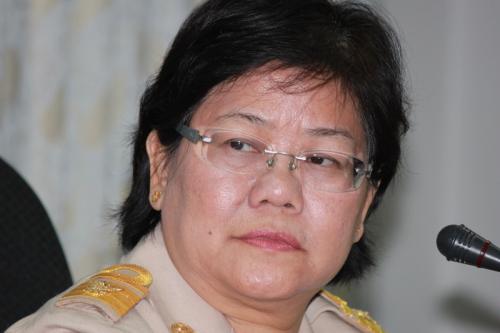 PHUKET: The ongoing struggle to protect the beauty and environmental health of the tourist-popular Racha Yai Island, about 25 kilometers south of Phuket, continued yesterday in a meeting with Vice Governor Sommai Prijasilpa.

Santi Chandi, representative of Racha Yai residents, asked the vice governor to solve the problems she had promised to solve at a meeting in May 2012.

At that meeting, environmentalists told V/Gov Sommai that Koh Racha faced environmental damage due to some resort owners improperly disposing of trash and wastewater. They also complained that resort developers were cutting down trees in forests on the island.

V/G Sommai promised to have environmental protection measures in place within two months.

He also added a new complaint to the list, one already familiar to Phuket residents: foreigners taking local jobs.

“And they are hurting our local dive operators by stealing their customers,” Mr Santi said.

He asked responsible officers to investigate the issue.

V/Gov Sommai admitted that solutions to the island’s problems had been slow in coming. “I will order departments who are responsible for these problems to check and fix them,” she said.

Officers will conduct an inspection of Koh Racha on Thursday and will propose solutions “in order to move Koh Racha forward”, she added.

In the meantime, V/Gov Sommai asked for the cooperation of island residents in solving the problems.