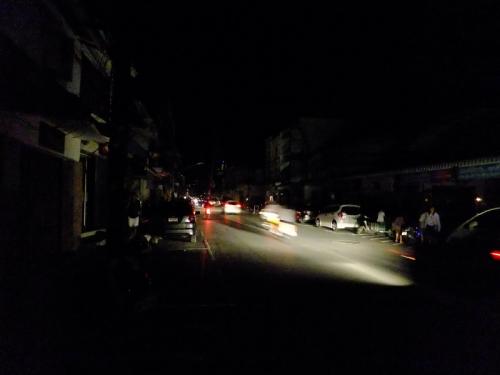 PHUKET: Electricity supply was restored to the south of the island after 9:30pm tonight following what was reported as Thailand’s biggest blackout on record.

Phuket, along with all 13 other provinces that comprise Southern Thailand, was plunged into darkness just before 7pm.

Power was restored to key areas on the island after just one hour, but residents outside major built-up areas had to wait several hours for the electricity to return to their homes.

Initial reports quoting the Provincial Electricity Authorities said a malfunction had been reported at a power station in Trang, but the Electricity Generating Authority of Thailand (Egat) said the problems had occurred at the plant in the Bang Saphan District of Prachuap Khiri Khan province, The Nation reported.

Energy Minister Pongsak Ruktapongpisal said later that the plant in Prachuap Khiri Khan’s Kui Buri District had stalled partially, which resulted in a huge drop in power distributed. He initially suspected it would take three to four hours for the power supply to be restored to normal.

Many social-media postings attributed the blackout to terrorist attacks in the Deep South, alarming netizens.

The Isra News Agency reported that volunteers in the southern provinces of Yala, Pattani and Narathiwat were calling on residents to exercise extra caution, allegedly after security officials issued a warning of possible terrorist attacks.