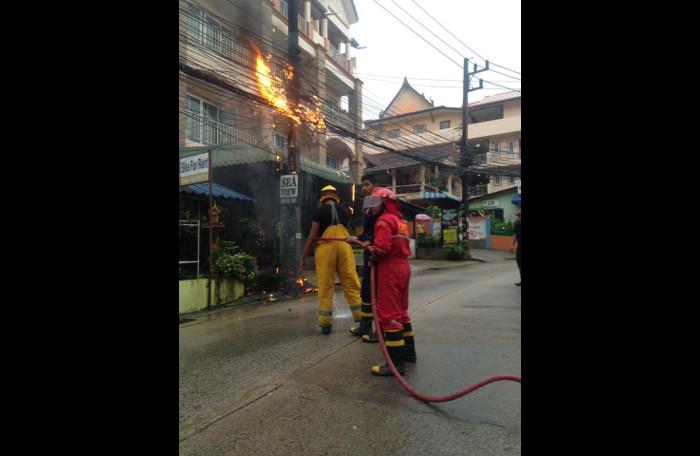 PHUKET: A power cable mysteriously burst into flames in Patong this morning.

Stunned passersby watched as bright yellow flames erupted from the power cable outside the Sea View House on Nanai Road just before midday.

Residents feared the flames would spread to nearby buildings and called the fire brigade.

Six fire fighters took about five minutes to extinguish the flames, said Sampawat Wannasangkam from the Patong Municipality Fire Department. However, they could not determine the cause of the fire.

Amateurs tee off at first Open