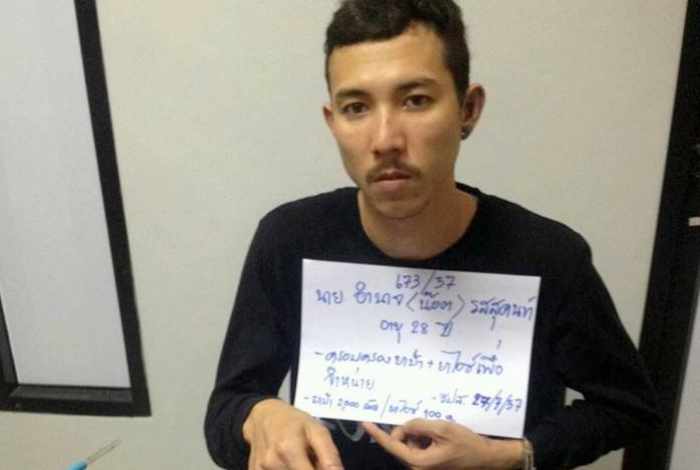 PHUKET: Police arrested a man on Sunday for smuggling 400,000 baht worth of drugs from Bangkok into Phuket.

Amnart Rossukhon, 28, was arrested at his rental room in Rassada at about 11:30pm on Sunday, explained Phuket Provincial Police Deputy Commander Arayapan Pukbuakao.

Mr Amnart was charged with possession of a Category 1 Drug with intent to sell.

Officers moved in and made the arrest after taking into custody Saowaluck Arthan on Saturday for possession of 66.53 grams of ya ice with intent to sell.

“She confessed that she had bought the drugs from Mr Amnart, so we set up a deal for her to buy more from him. That’s when we moved in and placed him under arrest,” Col Arayapan explained.

Mr Amnart confessed that he sourced his drugs from a woman in Bangkok who he knew only as “Ms Jeh”.

“Mr Amnart said that he only spoke to Ms Jeh on the phone. He said he ordered the drugs and she told him where to pick them up,” Col Arayapan said.

Police are continuing their investigation in the hope of arresting more members of the drug trafficking network, Col Arayapan said.