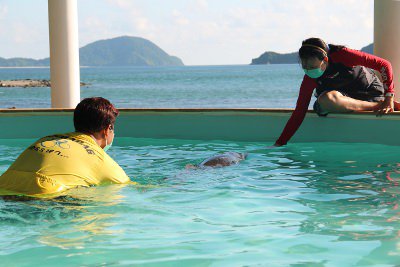 “We will conduct a post-mortem examination to determine the cause of death,” she said.

Fears for the young female dolphin surfaced yesterday when it was confirmed that the dolphin had a serious infection and only a 10 to 30 per cent chance of survival.

A broad spectrum of antibiotics were prescribed as an interim measure while marine biologists at the center conducted tests to determine which course of treatment to administer.

“We are in a hurry to find what caused her death. I believe we will find out today,” Ms Patcharaporn said.