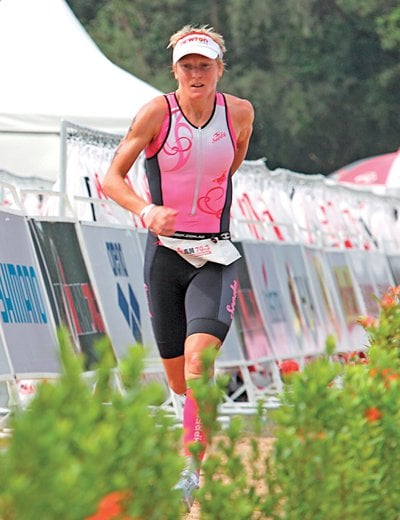 PHUKET: Current Ironman 70.3 World Champion Melissa Rollison will participate in the Ironman 70.3 Asia-Pacific Championship at Laguna Phuket on Sunday – in addition to a stellar line-up of elite professional triathletes heading to the island.

Rollison, of Australia, completed her first Ironman 70.3-distance race in September 2010, and in just 12 months has gone on to claim three 70.3 series titles, as well as the prestigious World Championship trophy.

A former steeplechase runner, Rollison took up cycling to maintain her fitness during bouts of running-related injuries. This inevitably led to her first triathlon.

Rollison finished third in last year’s inaugural Asia-Pacific Championship race, but her World Championship title-win in September in Las Vegas proves she is a force to be reckoned with.

She is set to face off against reigning champion Caroline Steffen of Switzerland who has confirmed she will be coming back to Phuket to defend her 2010 title. More than 950 athletes, including 31 pros and nine relay teams, are now registered for the Ironman 70.3 Asia-Pacific Championship.

The Phuket Gazette and PGTV sponsors the Laguna Phuket Triathlon and wishes all competitors the very best for the 2011 event.