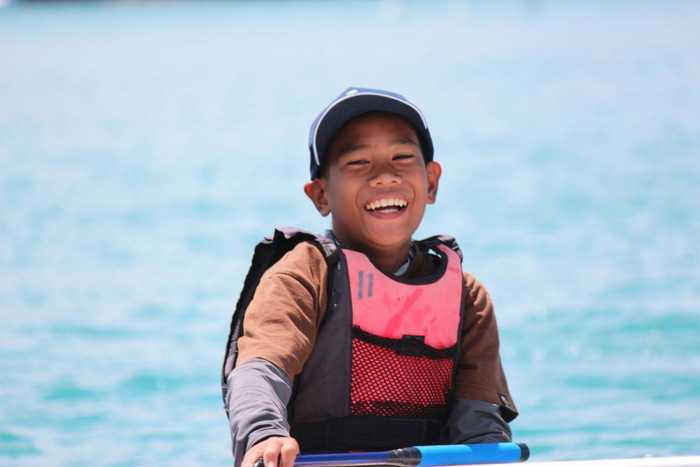 Max and Toon, both from the Phuket Youth Sailing Club (PYSC) based at Cape Panwa, will travel to Sattahip, in Chon Buri, to race in the qualifiers, to be held on December 20-21.

The Optimist is a small, single-handed sailing dinghy intended for use by children up to the age of 15. It is one of the most popular sailing dinghies in the world, with over 200,000 boats officially registered in the class and many more built but never registered.

The Optimist is the biggest youth racing class in the world. As well as the annual world championship, the class also has six continental championships, attended by a total of over 850 sailors a year.

Max and Toon have been training with the PYSC for the past five years and their sailing talent has been recognized through recent successes in the Phuket King’s Cup Regatta Dinghy Series.

At the Phuket King’s Cup International Dinghy Regatta, raced as part of the King’s Cup off Kata earlier this month, Max and Toon scored fourth and sixth places, respectively, in the Optimist class against some of the top sailors in Thailand.

“The invitation to attend the qualifiers is a great accolade to the club and a great accomplishment to these young sailors who live in a children’s home, and only train once a week against fellow sailors who train every day,” said Katy Gooch, the PYSC’s Club Coach.

The training has paid off. Not only are Max and Toon ranked among the best dinghy sailors in Thailand, they are also ranked in the top 10 in their class in the world.

Toon ranked fifth overall in the 4.2m class at the Zhik Topper World Championships, held at the Pwllheli Sailing Club in Wales in August this year. Ta ranked seventh in the same class (click