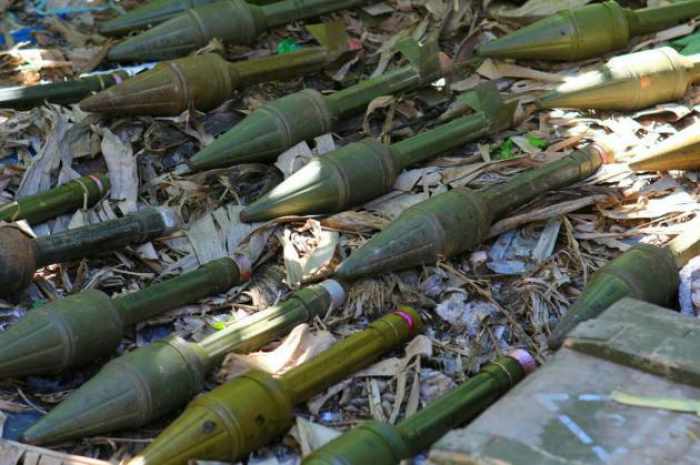 PHUKET: Governor Maitri Inthusut has made a plea for anyone harboring weapons of war to hand them over to authorities by the June 10 deadline rather than risk court martial and 20 years in jail.

“No citizens are permitted to own weapons of war. There is no license that allows such weapons to be owned,” Governor Maitri told the Phuket Gazette.

The plea follows the National Council for Peace and Order (NCPO) issuing an order on May 29 for all persons with weapons of war in their possession to surrender them to the authorities.

The order cited that all such weapons were illegal under the Firearms, Ammunition, Explosives, Fireworks, and the Equivalent of Firearms Act BE 2490 (1947).

However, to encourage people to surrender such arms, the NCPO granted amnesty to all persons who handed in war weapons before 4:30pm on June 10.

Any persons found breaking the order face at least two years in prison, and could face the maximum penalty of 20 years in jail, the NCPO order warned.

Owners must ensure the ordinance is unloaded and properly concealed in bags when transporting it to the appropriate office, and ammunition is to be carried in a separate container.

Weapons can be handed in at the owner’s nearest district office.

If the owner is unable to return the weapons, he or she must inform the District Chief, police or another government official and detail the weapon’s location so that authorities can collect it.

“For safety reasons, anyone in possession of explosives should contact authorities to collect them rather than personally transporting them,” the order noted.