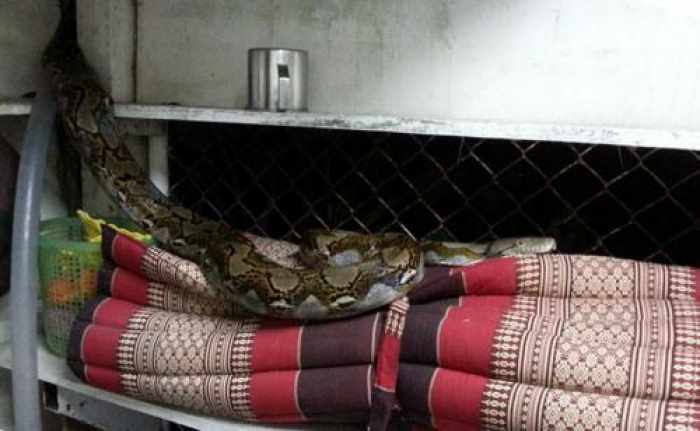 PHUKET: Anchalee Boonjit discovered an unexpected guest hiding behind her house when she opened the back door yesterday morning –a three-meter-long python.

“I woke up in the morning and went to find a rag to wipe the floor, since it was wet from rain the night before,” said Ms Anchalee.

“When I opened the door, I was shocked to see a big python in back of my house. I think the python came to my home for shelter from the rain,” she explained.

Ms Anchalee immediately called the Kusoldharm Foundation to catch the snake and release it away from the city.

The rescue workers may have recognized her – and the snake – since this is the second time she has called them this year. The first time was in January, when she found a three-meter python napping on some cushions in her kitchen (story here).

Phuket war weapons owners urged to lay down their arms